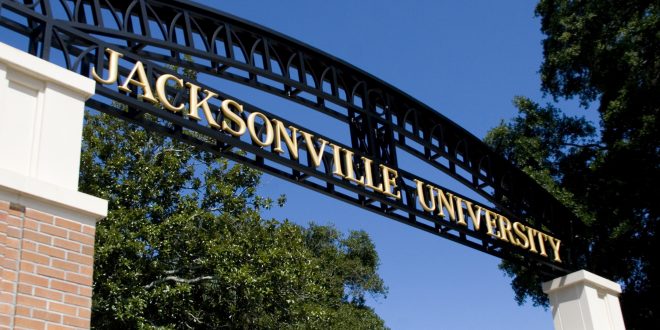 The Board of Trustees has elected two outstanding industry leaders to its top two posts as it emerges as a preeminent leadership body among private universities, while adding five new members renowned for accomplished executive leadership and vision in their respective fields. 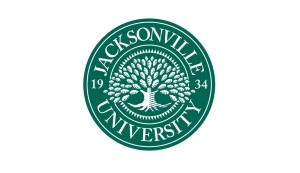 “These selections reinforce Jacksonville University’s rise as one of the most effective and affordable institutions of higher learning in the country today,” said JU President Tim Cost. “Every day, ingenuity is meeting passion here to help our students graduate job-ready and well-prepared to lead and give back to our communities in the most potent ways possible. We are pleased and proud to have these top-tier leaders offering their insight and expertise.”

Tomm is former president and CEO of The Brumos Cos. of Jacksonville, a long-time Mercedes-Benz, Lexus and Porsche dealership group that was sold to Illinois-based Fields Auto Group late last year. Prior to entering the retail automobile industry in 1994, he was an investment banker, held executive and legal positions in the oil field services and trucking industries, and was an adjunct law professor at the University of Arkansas in Fayetteville. Tomm serves on the Mayo Clinic Board of Trustees nationally and the HabiJax (Habitat for Humanity) Board. He spent nine years on the Board of Washington & Lee University.

Ghiloni began his career in the tobacco business with the United States Tobacco Co. in 1972. In 1983, he moved to The Helme Tobacco Co. as vice president of marketing, and in 1991 he was promoted to senior vice president of sales and marketing. Following the merger of Swisher and Helme, Ghiloni assumed the role of senior vice president of marketing for the combined company. Swisher International is a leading tobacco manufacturer of some of the largest-selling cigar brands in the world, including Swisher Sweets, King Edward, Optimo and BlackStone. He is a JAX Chamber Trustee and Vice Chairman of Baptist Medical Center Beaches Board of Directors.

Babby, who took the reins of the First Coast’s longest-tenured sports franchise in September 2015, was named one of Sports Business Journal’s 2016 “Forty Under 40,” recognizing excellence and innovation in sports business careers. At 36, the founder of Fast Forward Sports Group is the youngest multi-team professional sports owner – he purchased his first Minor League Baseball franchise, the Akron RubberDucks, in October 2012. In his first three seasons as the Akron RubberDucks owner, the franchise set records for biggest year-over-year attendance gains at Canal Park. Prior to Akron, Babby spent 13 years with the Washington Post, in positions such as Vice President of Advertising and Chief Revenue Officer for Washington Post Media, and General Manager for Washington Post Digital. He serves on numerous boards in Northeast Ohio, and is chair of the Baseball Internet Rights Co. (BIRCO). In Jacksonville, he is on the JAX Chamber Board of Directors.

Driver is a lawyer with more than two decades’ experience practicing in mergers and acquisitions, venture capital finance, securities law and general corporate law, as well as representing public and private businesses in a wide range of corporate transactions. He is also known for his broad civic involvement, support and leadership. Driver is a member of The Florida Bar, American Bar Association and the Jacksonville Bar Association (Past-President). Locally, he is a member of the JAX Chamber Board of Directors; a member of The Players Council; the Chair of the Northeast Florida Community Hospice Foundation Board of Directors; a member of the Rotary Club of Deerwood (current President); a member of Hancock Bank’s Advisory Board; a member of Holy Family Catholic Church’s Finance Council; and involved with several other civic and nonprofit agencies.

Farrugia leads Mayo Clinic in Florida, the premier medical destination center in the Southeast.  He is considered one of the nation’s leading experts on individualized medicine having previously served as director of the Mayo Clinic Center for Individualized Medicine with a focus on integrating genomics into routine clinical practice. He also is President of the American Neurogastroenterology and Motility Society. He recently co-authored “Think Big, Start Small, Move Fast: A Blueprint for Transformation from the Mayo Clinic Center for Innovation,” highlighting the need for change in the delivery of health care. Farrugia also is director of the Enteric NeuroScience Program for Mayo Clinic College of Medicine in Rochester, Minnesota and a consultant in the Division of Gastroenterology and Hepatology and the Department of Physiology and Biomedical Engineering.

Thomas leads an enterprise that delivers health care business solutions to a network connecting more than 1 million physicians and allied care providers, 2,700 hospitals, and more than 600 technology partners with health plans nationwide. He is also an industry and philanthropic leader, and serves on the Board for eHealth Initiative, a Washington, D.C.-based non-profit that drives improvements in quality, safety and efficiency of health care through information technology. Under his leadership, Availity has led the industry in provider engagement and empowering health care professionals to improve outcomes. Among his many civic volunteerism activities, Thomas is 2015 chair of the United Way Northeast Florida Campaign.

Vitti runs The GRASP Alliance, a non-profit designed to engage, enlighten and empower families, students and staff associated with GRASP Academy, a public school of choice in Jacksonville. Vitti led the way in founding GRASP to fully serve students who fit a dyslexic profile. As a nationally renowned exceptional-student advocate, she travels the country sharing her expertise with State Departments of Education, the U.S. Department of Education and members of Congress. As a career educator and advocate, Vitti has promoted dyslexia awareness as an Advisory Council member for Understood.org, the 2015 Webby Award-winning online resource for parents of children with learning and attention issues.

“This is an outstanding cohort of talented, community-minded leaders, individually and collectively. We are very grateful they are bringing their considerable skills to our University at an important time of major upgrades to our personnel, programs and facilities,” Cost said.

Kane, owner of Greenshades Software in Jacksonville, has served on the Board of Trustees since 2009. He received a Bachelor of Science degree in computer information systems from JU in 2001 and is past chair of the JU Alumni Board of Governors. Kane serves on the boards of the Jacksonville Children’s Commission, Northeast Florida Regional STEM2 Hub and Teach for America in Jacksonville, among others; has been a member of the Jacksonville Community Council Inc. and the Mayor’s Port Task Force; was Honorary Chair of the TEACH Conference; and served as a mentor for Take Stock in Children.

Wodehouse, retired president of CSX Technology Inc. and retired vice president of CSX Transportation, has served on the Board of Trustees since 2009. He is former chair of the JU Davis College of Business Executive Advisory Board. He is active in a number of United Way activities, including the De Tocqueville Society and Achievers for Life partnership, and is a mentor for the Jacksonville Women’s Business Center. Wodehouse is former director of the Virginia Chamber of Commerce and the Science Museum of Virginia, and is Past Annual Campaign Chair of the Juvenile Diabetes Foundation.

Upon completion of their first three-year terms on the JU board, the new Trustees will be eligible for reelection for two additional consecutive terms.

The Jacksonville University Board of Trustees is made up of 30 members, including 10 alumni, representing national leaders in a wide range of fields such as education, technology, health care, financial services, medicine and the law.

Tags Board of Trustees