Home » Topics » Arts and Culture » Through Hannah’s Eyes: JU Behind the Camera 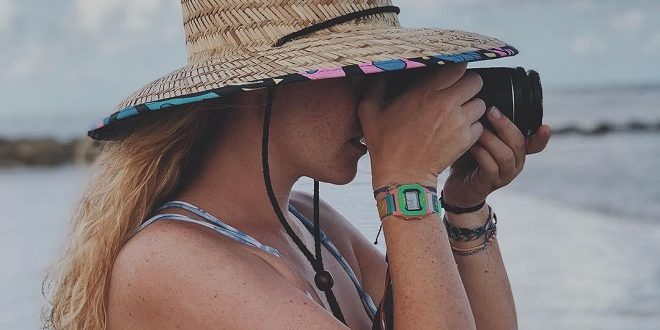 Through Hannah’s Eyes: JU Behind the Camera

Imagine the most memorable scene from your favorite childhood movie and it may look something like this… brother and sister school-age super spies run through the hallways of an evil fortress, placing the world’s smallest cameras on every corner. They’re tracking the movements of the dreaded “Thumb-Thumbs,” which are no more than six-foot hand creatures wearing red shirts.

Hannah Cowan, a sophomore and Film and Graphic Design major at Jacksonville University (JU) knows the scene well. “I remember sitting in our basement and watching ‘Spy Kids,’ my first 3-D movie.”

From a small town in South Jersey about 20 minutes outside of Philadelphia, Hannah grew up around cameras. “My Dad was really into home videos and movie collections, but my interest didn’t spark until high school when my brother Connor got a camera for his birthday. I was so inspired by his surfing videos that I decided it was what I wanted to do. Then I was given a Go-Pro for my 16th birthday and started editing my own films.”

Hannah’s college search was exclusively focused on Florida film schools. She also wanted to be near a beach. When she toured JU the first time, she was already sold on a large public university. “I worked for six months preparing for the film school entrance process there, but when I stepped onto JU’s campus, it felt like home,” she said.

From a family of nine brothers, Hannah describes herself as an “always athlete” and a “surfer girl.” By her junior year, she filmed everything and everywhere—on the bottom of the pool, at the beach, on the athletic field. “For the longest time, I considered moving to Boulder, Colorado for college and studying architecture. My parents reaffirmed my passion for film, and I decided my junior year of high school that film was the path for me.”

Earlier this year, Hannah documented her 20 years of life in a 30-minute film titled “Puzzle Pieces.” She says that YouTube inspired her early on and is one of the places where her love for videography started taking shape. Naming Casey Neistat, Captain Potter, and Peter McKinnon among those she admired, she said, “I would love to do what they do and one day work for a company like Beautiful Destinations—to travel, film, and make a difference.” 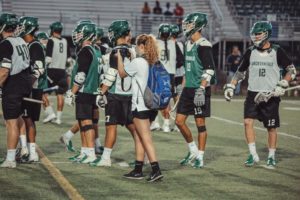 Accustomed to being a one-woman film crew, she said that joining the Film program at JU opened her eyes to what it’s like working on a set with a team. “I’m an editor and totally a nerd on the computer. I could play with clips all day… filming, editing, color grading. But working here, as a team, has taught me so much.”

Her biggest challenge so far, she said, is screenwriting and the drafting of scripts and storyboards. The urge to always stay behind a camera is strong. “Alex is a great mentor.” Hannah credits Assistant Professor of Film Alex Willemin for taking JU’s program, smaller by comparison to other universities, and offering students a film experience greater than they expected.

This semester, her screenwriting class met in Downtown Jacksonville on Laura Street, where JU offers multiple class formats for students of Film, Nursing, and Business through the Nathan M. Bisk Center for Professional Studies. “It’s a cool experience to work downtown as a young professional and to have such a beautiful view for writing. It’s also great to leave campus and see another part of Jacksonville.”

Administrators and other university leadership from JU, Florida State College at Jacksonville (FSCJ), University of North Florida (UNF), and Edward Waters College (EWC) have all taken steps to go metro with their respective educational pursuits and to help create a greater student presence within Jacksonville’s urban core. Those steps look different for each school and have included leasing metro classroom space, providing student housing, and building strategic partnerships.

The Bisk Center is one of JU’s many campus-wide efforts to help activate Jacksonville’s urban corridor and the St. Johns River. Another is JU Film’s highly-anticipated partnership power-up with WJCT Studios, a collaboration that will position JU Film to utilize the largest film and television studio between Orlando and Atlanta.

Hannah works primarily with a Canon T6-I, what she calls “a good beginner camera” but hopes to upgrade soon. “It’s a pick-up-and-go kind of camera, very different from what I use in Film classes.” Her DJI Maverick Pro drone, her latest “shiny toy,” shoots 4K and smaller, and is designed for greater mobility, and Hannah utilizes Go-Pros to capture point of view shots.

As a freshman, Hannah worked as a key grip on the program’s winter film “Grilled.” This winter, she co-wrote a short film based on a man that goes back into his past to remedy circumstances he feels scarred him for life. The student-led films are also written by JU students and most often involve actors recruited from the campus community.

Professor Willemin said, “This summer when our students’ work was accepted by the Rendezvous Film Festival of Amelia Island in the Florida short film category, we were all incredibly proud. Particularly since the competition included non-student films with budgets and professional crews and casts.” Still in its first decade as a program, JU Film is hopeful about what the future holds. Not only in the realm of regional and national film competitions, but also for the recruitment of other highly-talented students like Hannah and her peers.

She names two JU students who as upperclassmen took Hannah “under their wings” and together became what she affectionately terms the “Three Musketeers.” Lexi Kyriakidis, a junior, Coxswain for the Women’s Rowing team, and a member of Alpha Delta Pi; and Mike Csorba, a junior, student ambassador, and graphic designer for Student Involvement. “They’re my people,” Hannah says. “I wouldn’t be where I am today without them.”

When she describes the way her style of filmmaking has emerged since coming to JU, she uses words like transition, rhythm, flow, action, driven, fast, upbeat. Her sweet spot is filming sporting events and athletes. As a walk-on for the JU Women’s Rowing team, she began producing three-minute films of her teammates in action. Sarah Fraiser, a sophomore on the rowing team and one of Hannah’s biggest supporters, played the lead in most of her films. “She is my go-to for everything.”

The popularity of those videos soon caught the attention of Head Lacrosse Coach John Galloway and JU’s expanding Lacrosse community. Now, she serves as a videographer to the Men’s Lacrosse team and as a personal videographer for Coach Galloway, who co-captained the 2018 U.S. team that won Olympic Gold and who set an NCAA record with 59 career wins at Syracuse University. “This opportunity is a mini version of my dream job. I can’t wait to do this every day.”

It doesn’t take pulling up to a bird’s eye view to guess what’s coming next for JU and other uniquely skilled students like Hannah. As she looks forward to two more years at JU, she is as hopeful as she is grateful. “Though passionate, when I first started school here I was nervous. I hadn’t met any other girls interested in film and I didn’t really know what I was doing beyond basic editing.” Today, she says that has all changed. “People who know me well know that I’m dedicated to filmmaking. I could be broke the rest of my life and still want to do this.”

“This opportunity is a mini version of my dream job. I can’t wait to do this every day.”

But students seeking video-centered careers aren’t as likely to worry about salaries and ROI as some might expect. According to Glassdoor, the average salary of a videographer in 2018 was more than $55K. Although salaries can vary significantly by state and by markets, the top 10 percent of videographers in the U.S. each earned over $126K last year.

And if the next generation of videographers and YouTubers follow in McKinnon’s footsteps, they could find themselves with more than 3.5 million subscribers, an accumulated 200 million views, and a total net worth of $1 million.

JU’s major in Film is specifically designed for students who intend to pursue professional careers or continue with graduate studies. So, the program offers a comprehensive experience in the production of independent motion pictures—from concept to camera—through a rigorous, hands-on curriculum. JU Film faculty seek to develop master visual storytellers trained to connect with audiences aesthetically, intellectually, artistically, and emotionally. Students are mentored and encouraged to create content that gives weight and meaning to life beyond the screen. 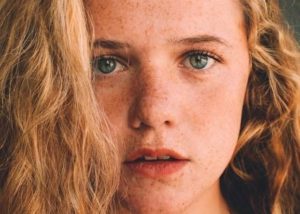 So, what does Hannah’s immediate future hold?

A 16-hour drive home for the holidays. Beyond Winter Break, she may be found in the Phillips Fine Arts Building computer lab, where she spends countless hours editing, studying, and writing. “I’m actually good friends with the janitor because I’m there until two in the morning sometimes. I lose track of time,” she says laughing. Or you may find her wrapped in a hammock on Dolphin Green, on the Lacrosse field, or at Atlantic Beach.

Wherever she’s found, odds are she’s got a camera.

Connect with Hannah on Instagram and visit JU Film at www.ju.edu/film.