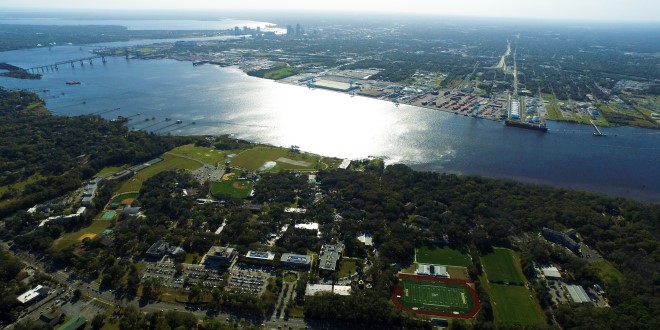 A team of researchers from Jacksonville University and several other local colleges here in Florida and beyond have released the 13th annual State of the River Report, announcing an improvement in some areas of the river, but still major concerns for the health of the river, including increased contamination, a growth in algae blooms, and a rise in non-native species.

The River Report is an analysis of the health of the Lower St. Johns River Basin funded by the Environmental Protection Board of the City of Jacksonville. The report focuses on four main areas of the river: water quality, fisheries, aquatic life and contaminants. The team of researchers consists of professors from Jacksonville University, University of North Florida, Florida Southern College, and West Chester University of Pennsylvania.

In the report, dissolved oxygen levels are satisfactory in the mainstem of the river but remain unsatisfactory in the tributaries. Several non-native species have been discovered in the river and there is a lack of awareness about the impact they have in Florida. Finally, concentrations of arsenic, cadmium, lead, nickel and silver have increased since 2016.

The report also includes a guide for the general public, which outlines ways the community can get involved in improving the river’s health. The full report is available at http://www.sjrreport.com/. Additional information can be obtained from the city of Jacksonville, http://www.coj.net/categories/explore-jax/water-life; and the St. Johns Riverkeeper website, http://stjohnsriverkeeper.org/.

Tags State of the River Report