Home » All Sections » Think you know Florida? Take this quiz 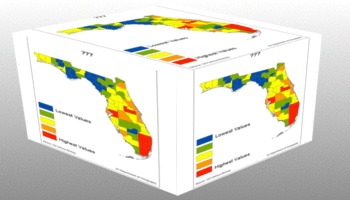 So you think you know Florida? The Geography Department at Jacksonville University has a challenge for you.

“The data were gathered and analyzed by the JU Department of Geography as part of our ongoing research to monitor demographic trends in the state and provide relevant maps for the business and educational community,” said Dr. Ray Oldakowski, Professor of Geography.

He offers a few key findings:

See if you can guess the variable being mapped based on the similarities of the counties that have the same color. The variable and values follow the unlabeled maps, along with an explanation for the geographic pattern. Start your quiz below. Enjoy!