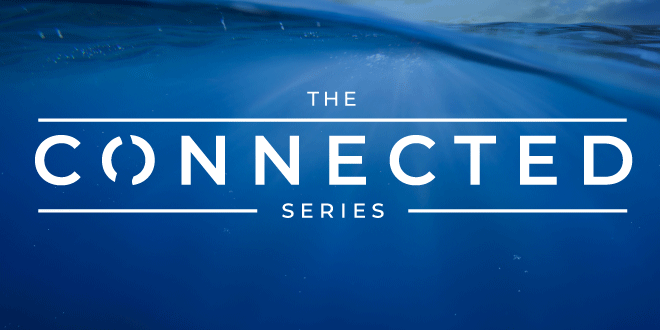 The Connected Series: Capturing the motion of the St. Johns

Scientists are saying that by mid-century, close to 30% of animal and plant species on Earth will be extinct.

If education is the most powerful tool in making world change, then that’s exactly what marine scientist Dr. Melinda Simmons is hoping to accomplish through Connected.

And she isn’t wasting any time.

In just a few months, Simmons has presented on the health of the river at over 10 local schools and community organizations such as the Sabal Palm Elementary School, Jacksonville Arboretum and Gardens, and Ruth Epton Elementary School. She is also working on several other projects related to the initiative.

“Every time I am in the schools it reaffirms how important and impactful experiential learning is. Educators can stand in front of students and talk, and some may learn, but if you involve the learners with hands-on activities and help them to teach their peers, they are much more likely to retain the information and enjoy the learning process,” says Simmons.

Jacksonville University faculty from the Linda Berry Stein College of Fine Arts and the College of Arts and Sciences are joining this effort, believing that environmental education is crucial in battling climate change. Just this month, award-winning film professor Alex Willemin and Dr. Simmons took to new heights, scouting JAXPORT in preparation for a film they will be making on JAXPORT’s regenerative energy cranes. This film will focus on the function and sustainability of the cranes, as well as its contribution to the Jacksonville economy, and its relationship to the river. This is one of several river-related films they have planned.

Willemin will be including his film students in this work, giving them a real-world example of independent filmmaking.

“I strive to teach my film students both the art and business of the film and media industry. We have a lot of students who want to make scripted creative work but we also have students who want to run their own production companies or enter the documentary and non-scripted side of the art-form. This is going to give them practical, real-world training that shows them how to work with clients and still make content that is creative and informative.”

His film class is focusing on the subject of motion— and JAXPORT, a place where thousands of shipments come in and out every day, is a perfect place to study it.

“We hope the videos increase people’s understanding of and connection to the river,” Dr. Simmons said. “I think people see the river as they commute over the city’s bridges, but I don’t think they realize how many of the goods they purchase come through JAXPORT or that the cranes on Blount Island run on regenerative power. I am not sure they realize we have dolphins, manatees, and sharks in the river or that the blue crab fishery is the St. Johns River’s largest commercial fishery, and it is in decline.”

While Willemin does the storytelling, biologist and chemist, Dr. Andy Ouellette, known widely for “The Science Of…” series, will be addressing the science of the river through various film projects in the coming year.

“‘The Science Of…’ has produced videos on the St. Johns River covering scientists, fish and the FWC, manatees, plankton, and algal blooms. Collaborating with the MSRI, JAXPORT, and the JU film department to further explore the river with these videos is exciting,” says Ouellette.

While “The Science Of…” has partnered with many organizations, such as Science on Tap-Jax; Jacksonville Zoo and Gardens; the Museum of Science & History; and Florida Fish and Wildlife Conservation Commission— this will be its first collaboration with the Jacksonville University Film department.

“We look forward to working with Professor Willemin, film students, and Dr. Simmons to share engaging stories that get people thinking about some scientific aspects of the river,” says Dr. Ouellette.

Dr. Simmons added, “There is clearly a desire for more information about the river. With a greater reliance on virtual content during the pandemic and the great filmmakers we have at JU, producing educational videos to reach people should be really impactful.”