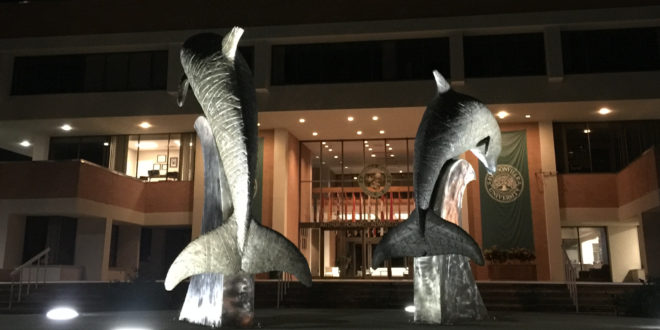 Standouts known for their achievements in the military, higher education, philanthropy, healthcare, industry and civic involvement make up one of the strongest cohorts of Distinguished Alumni Jacksonville University has announced since the annual awards began in 1983.

Both awards are given to JU graduates demonstrating significant professional accomplishments, community and philanthropic efforts and continued support of JU, with the Scott Amos Recent Alumni of Distinction Award bestowed upon an exemplary Dolphin who has graduated in the past decade.

“It’s a great honor to recognize and celebrate these five extraordinary JU graduates,” said JU President Tim Cost. “These outstanding leaders are so generous with their time, spirit and energy toward their alma mater. They represent the finest in our University community.”

Below are some of the accomplishments of this year’s recipients, from their nominations: 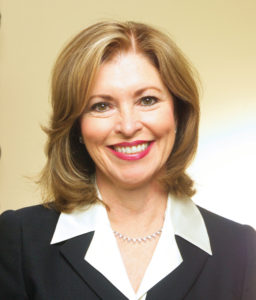 Over several decades, Linda Stein has been a passionate community volunteer, leader and philanthropist. As chair of the Jacksonville Humane Society’s Capital Campaign, she successfully led the effort to raise funds to replace the shelter and education center that were destroyed by a fire in 2007. Due to the success of the campaign, a $1 million grant was secured from the Petco Foundation for Jacksonville’s model animal shelter.

After graduating from JU in 1969 with a Bachelor of Music Education degree, Stein had an accomplished career with Delta Airlines. While attending JU, she was an active member of Delta Delta Delta Sorority and was named Miss JU.

Since she graduated, Stein has been a tremendous ambassador for JU in the community. She was an Alumni Board of Governors member, co-chaired the JU College of Fine Arts’ 50th Anniversary “CFA Soiree,” and is a Scholarship Student mentor. She has served on the JU Board of Trustees since 2004. She and her husband, David, have been great friends and supporters of JU. She has always placed the University’s students and their success and experience at the forefront of her interests.

The Steins’ generosity to the University includes donations to the ASPIRE campaign, the Linda and David Stein Scholars (Steiners), the redevelopment of the River House, the JU Fund, the JU Adopt A Classroom Program, the Annual Fund, and many other projects that benefit students and the university. 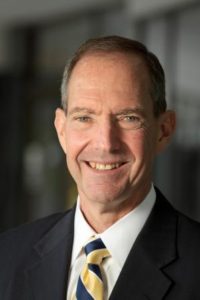 His exemplary career included posts around the world and he became one of the most influential medical professionals to serve in the American military. Among many first, he was the first Navy aerospace optometrist, first optometrist to command a major naval hospital (Naval Hospital, Okinawa, Japan), first and only clinician to lead the Navy Medical Service Corps, and the first non-medical doctor to serve as the command surgeon for the U.S. Joint Forces

Rear Admiral Mittelman attended the 2005 National Capital Charter Reception, and has been a generous donor throughout the years. He earned a Bachelor of Arts degree from Jacksonville University in 1975, a Doctor of Optometry from the Salus University Pennsylvania College of Optometry in 1980 and a Master of Public Health from the University of Alabama at Birmingham in 1990. He graduated from the Naval War College non-resident program in 1991. 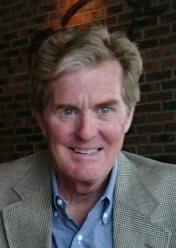 Andy Moran is President and CEO of FAM Holdings Inc., a diversified private holding company with interests in financial services, commercial real estate and private equity investments. He is also a founding member of The Newport Group, a national provider of retirement plan services for Fortune 1000 companies. Moran is directly responsible for client development, ongoing relationship management and retention of his direct accounts.

In addition, Moran is a member of American Association Life Underwriters, an insurance industry group that focuses on legislative affairs at the state and federal level), and is President of the Lakes & Live Oaks Homeowners Association.

Moran graduated from JU in 1978 with a Bachelor of Science in business management, having actively participated in campus organizations including Phi Delta Theta fraternity, the Intra Fraternity Council, Rugby Club and Outdoorsman’s Club.

He and his wife, Margot, have made generous donations to, among other initiatives and programs, the JU Fund, JU Scholarship Fund, Indra Nooyi International Business Scholarship Fund, Presidential Fund, History Department, Adopt-A-Classroom, Honors Program, and Softball. The Morans are JU ambassadors, influencing students’ decisions to attend JU and families’ investment in the University’s future. 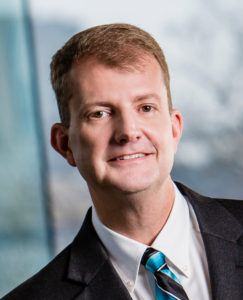 Capt. Peterson has been with Black Knight and its predecessor companies for more than 18 years. As Chief of Staff, he works closely with the company’s CEO and provides executive-level support for a multitude of strategic initiatives. He is also responsible for sales management operations, which includes strategic planning and account management and reporting. Over the past two years, Capt. Peterson has been integral to the company’s acquisition by Fidelity National Financial; its initial public offering eighteen months later, which had an initial stock price of $24.50, and growing the company to a price of more than $35 per share.

Capt. Peterson earned his Bachelor of Arts and Master of Arts degrees from Iowa State University and an Executive MBA from Jacksonville University. For the past 10 years, he has been a staple on the JU campus, serving in numerous capacities. He has worked closely with university presidents, deans of the Davis College of Business and athletic directors. He serves on the Executive Advisory Board and is currently the Strategic Development Sub-Committee chair. Capt. Peterson started a JU intern program 10 years ago at his company that still flourishes today. He has personally interviewed and hired more than 125 JU students, student-athletes and alumni as interns at Black Knight. In 2016 alone, he hired 12 JU students as summer interns and had another six employed throughout the rest of the year.

Capt. Peterson has been an integral part of JU’s Executive MBA program, ensuring employees from Black Knight are represented in the program. For the last decade he has recruited, interviewed and sent at least two employees to every class, a $100,000-per-year commitment to the DCOB program that he continues to oversee. He is also working with Dr. Robert Boylan, Chair of Finance & Accounting, and Dr. Pam Crawford, Chair of Mathematics, to provide them access to Black Knight’s massive public records database so they may use it for research, projects and publishing.

Capt. Peterson is known for his civic and public service. Among many volunteer positions, he has served as a youth baseball coach in Jacksonville and Ponte Vedra, Cub Master for Cub Scout Pack 277, member of the finance committee for the St. John Paul II Catholic Mission Church in Nocatee, and a volunteer with The Northeast Florida Regional STEM2Hub and St. Johns County STEM programs.