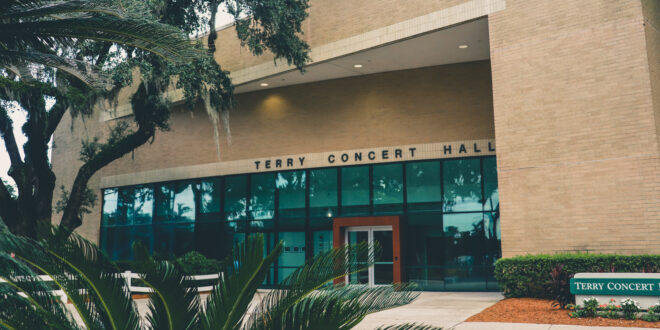 This April, the Linda Berry Stein College of Fine Arts will conclude its 60th anniversary celebrations, wrapping up a season of honoring its place as the region’s beacon for creative and scholarly arts.

The highlight of the anniversary season is planned for Sunday, April 10 at 4 p.m. when the University will host the Stein College 60th Anniversary Celebration. Attendees will be treated to a recital from classical music superstars Jamie Barton, mezzo-soprano and composer/pianist Jake Heggie. The Anniversary Gala Dinner will follow.

Barton has appeared in concert across the U.S. and U.K., sharing the stage with Yo-Yo Ma and Emanuel Ax, and performing in some of the most famous venues in the world such as Carnegie Hall, the Kennedy Center and more.

In 2014, she received both the International Opera Award and Marian Anderson Award. In recognition of her performance at the Last Night of the Proms, she was named 2020’s Personality of the Year at the BBC Music Magazine Awards.

She will perform alongside Heggie in the recital, who is a longtime friend and collaborator.

Heggie has composed hundreds of songs and several prominent operas, including Dead Man Walking, Moby-Dick and It’s a Wonderful Life among others.

In 2019, Dead Man Walking became the most performed American opera of the modern era. His composition Great Scott, was a 2019 Grammy Award nominee for Best New Composition, Classical.

Faculty and staff can purchase tickets for $35. Students should contact Vickie Jones (vjones11@ju.edu) to reserve a seat.

Sponsorships and ticket sales will benefit the Cost/Kinne Scholarship Fund for Student Artists. Tim ‘81 and Stephanie Cost are the event’s presenting sponsors.

The Stein College 60th Anniversary Celebration is part of the 2021-2022 season of the Creative Arts Series titled “Honoring the Past, Inspiring the Future.” It has featured interactive exhibits, guest speakers and celebratory events spanning the full breadth of the arts at Jacksonville University.

The events in the Creative Arts Series are dedicated to former JU President Fran Kinne, who was the founding dean of the Jacksonville University College of Fine Arts.