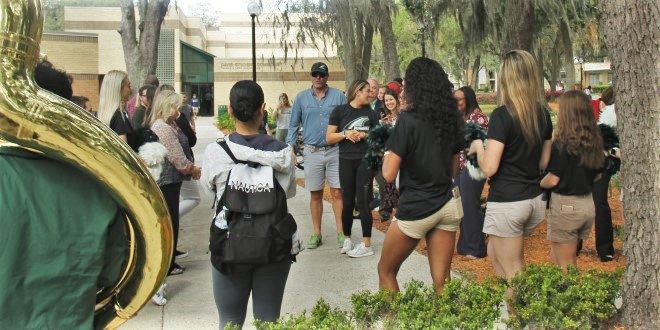 Sophomore sailor heads Down Under seeking to secure Olympics berth

The Jacksonville University community turned out this week to wish sophomore Charlotte Rose good luck as she attempts to secure a place on the US Olympic sailing team.

The 19-year-old Houston native enters the competition ranked No. 1 in the United States and ninth in the world. She holds a three-point lead over Paige Railey of Clearwater in an event where only one sailor gets an Olympics berth.

If Charlotte holds that lead, she will compete in the Olympics this July and August.