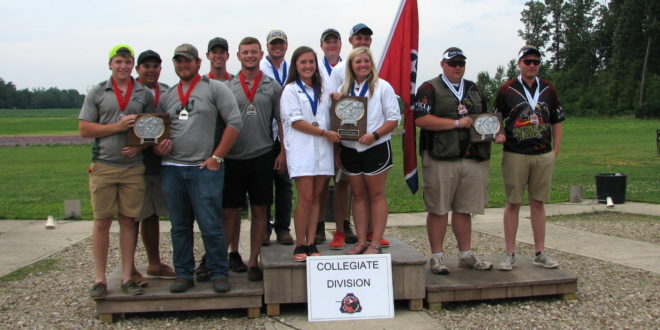 Now it’s pulled off a stunner, and the word “dynasty” is beginning to come to mind. 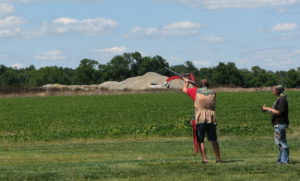 The team, up against the most elite competitors in the U.S., simply dominated at the recent 2017 Scholastic Clay Target Program (SCTP) National Clay Target Team Championships (www.shootsctp.org).

If you’re counting, that makes them 18-time National Event Champions since the program’s origins as a club in 2009. It only gained full Varsity Shooting Team status in 2012.

Head Coach and team founder David Dobson credited the team’s success to the uniqueness of its model: students on the team have full input into how the organization is run. The team has its own Executive Committee, which meets weekly and is made up of 11 members, setting rules, regulations, policies, discipline and more.

“We want team members to learn about running the business, responsibility, accountability, teamwork, etc., hence we are a mentor program,” he said. “If they have some skin in the game, and they are empowered to make decisions about their program with guidance from me, then they will take much better ownership producing superior results, as has been the case since inception in 2009.” 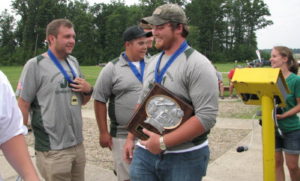 Academics always come first, and Dobson stresses it above all else. GPA requirements are monitored regularly, there are mandatory study hall hours in the library for those who fall below standards, and fellow team members volunteer to tutor those in need.

“What this means for the team members, and JU students in general, is that we have created a culture in which the students are fully vested in the results, regardless of outcome, and this makes them better members of society because it forces them to be held accountable for the results of their efforts, both academically and athletically,” said Dobson.

At the nationals event in July, more than 2,300 athletes representing 29 states faced more than one million clay targets during the eight days of competition at the Cardinal Shooting Center in Trap, Skeet and Sporting Clays. 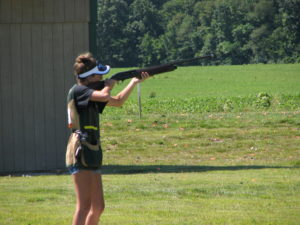 Dobson said he is “deeply grateful” to the Jacksonville Gun Club for its support of the team since its beginnings. There are some 350 universities and colleges with Clay Sports (Shotgun Sports) shooting programs across the country, and these programs boast some of the highest GPA composites in the collegiate world. The Shooting Sports are now the fastest-growing element in Collegiate Club/Varsity Sports.