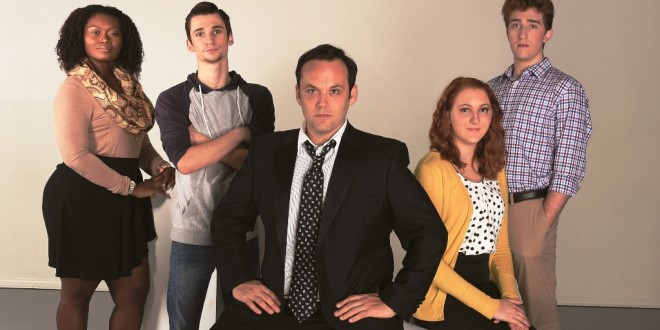 Jacksonville University’s Theater Department will present the Northeast Florida premiere of Seminar, with  JU alum Erik DeCicco, fresh from AMC’s “The Making of the Mob,” heading the ensemble cast of student actors. 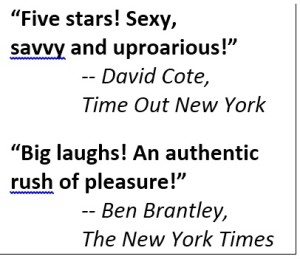 Desperate to launch their careers, the four decide to hire Leonard (Erik DeCicco), a world-renowned writer and editor, for a 10-week seminar to teach them the do’s and don’ts of writing. However, they quickly realize they have bitten off more than they can chew as Leonard proves to be their toughest critic yet. With all of their ideas about writing being challenged, the foursome must face the reality of who they are and how they perceive and interact with the world around them.

Deborah Jordan, Associate Professor of Theater Arts and the show’s director, said she is excited for the amazing opportunity the show gives to the cast.

“This is the perfect show for our students to be working on during this stage of their training—clearly delineated character studies that stand out in high relief. We are very lucky to have Mr. Erik DeCicco, a JU Theater alum, working with our students on this show. They will benefit greatly from this experience.”

The 32-year-old Jacksonville native and Stanton College Preparatory School grad recently moved back to his hometown from New York, and is teaching an Intro to Theatre class in the JU College of Fine Arts this fall and another in Acting next spring.