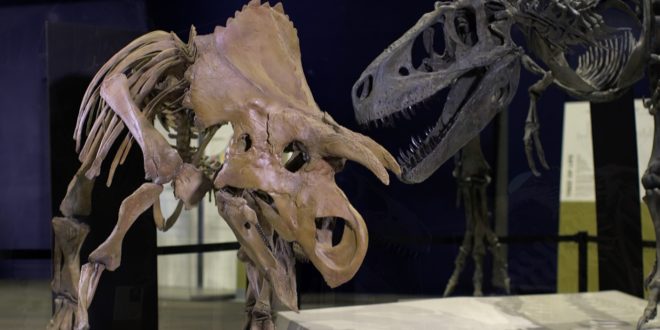 The Science Of … bringing science to life with unique video magazine

Scientific concepts will become clearer and the area scientific community will become more accessible to residents with a unique new online digital video magazine produced by Jacksonville University in collaboration with the Jacksonville Zoo and Gardens.

The Science Of … will explain, illustrate, and demystify scientific concepts while telling stories on scientific topics in Northeast Florida and will open the fascinating world of science to all in an interesting and engaging way.

The focus of the magazine will be to tell scientific stories through a series of individual videos which may be tied together in a theme. For example, the website’s initial offerings have two themes, sea turtle conservation which features one video of about 25 minutes and several related videos three to four minutes long, as well as Natural History of Dinosaurs, which has one eight minute video and four 2-4 minute long videos.  The natural history videos were in collaboration with the Jacksonville Museum of Science & History and the curators of the Darwin & Dinosaur exhibit, which closes Monday (Sept. 5, 2016).

Watch one of The Science Of … videos below:

“We have a small selection of videos now, but the goal of the project is to be a resource for Northeast Florida,’’ said Dr. Anthony Ouellette, Professor of Biology, who is the program director. “We want people to be able to go there to learn, and we want teachers to be able to use some of the videos and incorporate them into lesson plans. If we can work with teachers for them to incorporate some of this content so we can connect learning with local activities, local nature, local topics, that’s what we want.’’

The magazine came about almost two years ago after Ouellette appeared on the local television talk show The Chat and saw a void in disseminating scientific information to the community.

“It occurred to me that on that show I was reaching an audience I wouldn’t reach in my class room,’’ he said. “I was thinking the region could stand to know a little more about what goes on in science and technology; the active people, the activities, the research that is going on that I think is underappreciated.’’

Ultimately, the program has been funded through a grant via JU’s EPIC initiative and once funding was secured Ouellette went about recruiting JU colleagues for production. The videos have original music and animations by Tony Steve, Eric Kunzendorf, and David Smith, and also have Media Services Manager Greg Minton leading the videography end. Jacksonville Zoo and Gardens Conservation Program Officer Lucas Meers (JU ’12)  is the lead for the Conservation series, and Lee Ann Clements, Associate Provost, is the lead for the Art series, with the science of glassblowing videos to come out later this semester..

“One of the things I’ve always enjoyed is taking complex topics and breaking them down into digestible, more easily understandable ways of thinking for my students,’’ Ouellette said.

With nearly unlimited topic possibilities, Ouellette said new content will post throughout the year and plans are to get several topics up this semester.

“Ideas are the easy part,’’ he said. “In conservation, the next one is going to be the Species Survival Plan for Sumatran Tigers in the United States and will feature what the Jacksonville Zoo does with its new tiger exhibit and talk about how species survival plans are so important because of the dwindling numbers of that animal in their natural territory.’’

“We’re doing the videos (which already are being translated to Spanish with hopefully more languages to follow) with the idea they will be timeless,’’ Ouellette said. “They’re for people in Northeast Florida and we’re hoping they are of general interest to people all over the world.’’