Home » All Sections » RIVER LIFE: Everything has to be somewhere — including our tides 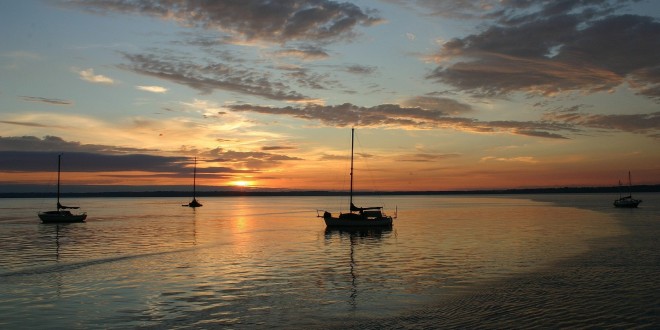 RIVER LIFE: Everything has to be somewhere — including our tides

Everything has to be somewhere. It’s a phrase I preach to my students all the time, because it helps to account for some of the things in marine science that we need to track. Water and sediment are two of the biggies.

The concept was taught to me by a former colleague at Jacksonville University who used to lose his glasses and keys all the time. He was a paleontologist with an interest in geology and genetics. He had learned the idea from his geology professor. He used to mumble “everything has to be somewhere” when he went looking for his keys. But the basic principle does help explain things like tides and erosion or deposition of sand.

We get the highest high tides when the sun, Earth and moon are aligned in a straight line. That is the new moon and the full moon. Those tides are called “spring tides,” not because of the spring of the year, but after the word meaning to “jump up, or move quickly.” That is also when we get our lowest low tides — as in everything has to be somewhere. So when it is high in one place, it is low somewhere else.

Likewise, we get our lowest high tides and our highest low tides when the sun, Earth and moon form a right angle. That is the first quarter moon (waxing crescent) or the third quarter moon (waning crescent). Those are the “neap tides,” from the word meaning “hardly disturbed.”

Sea level is the mean water level averaged over many years. We are experiencing a rise in mean sea level that could spell trouble for low-lying areas along our coast. With the normal rise and fall of the tides, which occurs on a daily basis and constantly changes, it is difficult to see sea level rise unless measured over time.

The influence of tides on the St. Johns River is somewhat predictable but can be confusing. For instance, the rotation of the earth occurs every 24 hours, but the relative position of the moon to the earth has a 24.8-hour period. Thus a high tide today means a high tide tomorrow almost an hour later.

That tidal rhythm is also what drives the currents. When the tidal level is above sea level, water flows into the river as a flood tide. Likewise, the water ebbs, or flows out, when the water level is below sea level. It gets confusing when you realize that you can have a falling tide and still have water flowing into the river or vice versa, with a rising tide and water flowing out. The water will be slack, or not moving, only when the water levels are the same, which occurs about mid-tide, depending on location.

So, when you combine the impact of wind and storms pushing water into or out of the St. Johns River, depending on wind direction, it does seem complex, but it is logical when you study it a little.

Does the gravitational pull of the moon affect all bodies of water?

The simple answer is yes, the moon does cause tidal movement of water in small bodies of water like lakes and ponds. But the smaller the body of water, the more difficult it is to measure. In fact, even though it is extremely small, a glass of water, in theory, has tidal movement.