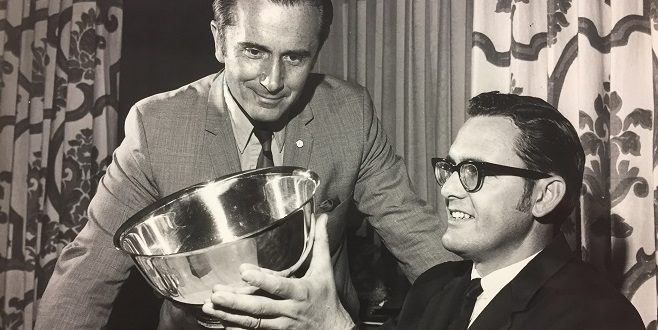 Born March 22, 1932, in McKenzie, Tennessee, Allen’s family says that growing up in rural Tennessee inspired much of his passion for biology, anatomy, physiology, embryology, and ornithology.

During his tenure at JU, Allen enjoyed playing softball, volleyball, football, and basketball, with students and faculty alike, on the University’s intramural leagues. Colleagues remember him as kind, artistic, competitive, thoughtful, and intellectual, with a strong sense of curiosity, teamwork, leadership, and vitality. Dr. Rose Borkowski, JU Professor of Biology and Marine Science, recalls the first time she met the man she describes as unforgettable.

“As a new faculty member, I attended a student trip with him to the Talbot islands. I was amazed to watch this seventy-something gentleman leap over fallen tree trunks and driftwood with startling speed and the glee of a child, just to spot all manner of winged wonders.”

A Full Life, Friend to All

In 1954, Allen earned a bachelor’s in biology from Murray State College in Kentucky. He then served in the U.S. Army for two years in Germany where he also worked as a medical lab technician and spent every spare moment exploring the surrounding forests to study local flora and fauna. By 1958, he had earned a Master of Science in Zoology from the University of Wisconsin, married his wife of 50 years, Suzan Mary O’Brien, moved to Florida, and earned a Doctor of Philosophy in Biology from the University of Florida. 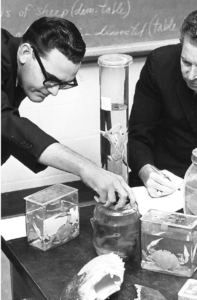 His profound and undeniable love of science and teaching impacted countless students and colleagues. From his early morning bird walks across campus each day, to his ever-popular intro biology course, to his tireless efforts in co-founding Tree Hill Nature Center, Allen is the inspiration behind many a well-told story.

He was often the hero and mentor of those narratives– the man willing to stop teaching a class and tend to a fledgling mockingbird fallen from its nest and brought to him by a child who lived nearby. The child’s mother said to Allen on that day, “See, I did learn something in your class. When the kids found him, I said, ‘We’ve got to take him to Dr. Allen. He’ll know what to do.’”

His accolades are many, including 1970-71 Professor of the Year, the City of Jacksonville 1979 Lee and Mimi Adams Environmental Award, and the 1989-90 Sears-Roebuck Foundation Teaching Excellence and Campus Leadership Award.

Mark C. Mummaw, Executive Director of Tree Hill, said, “I remember Dr. Allen as kind, gentle, and unassuming. By the time I met him, he’d already been through all the heavy lifting associated with creating the Center. He was instrumental in securing funds to purchase property for the preserve, served as a board member for many years, and not once did he boast. Without his efforts, the Center would not exist today.”

The Name, The Man

Associate Provost Dr. Lee Ann J. Clements recalls her earlier days at the University and her family’s relationship with Allen. He earned the moniker “Dr. Bird Guy” and her children grew up collecting feathers for him to inspect and identify. 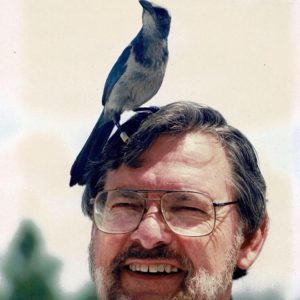 “One year we traveled up to Michigan to visit a colleague. On a walk along the shores of Lake Michigan, Jennifer and Christine found a stunning, large white feather with a black tip. They said, ‘Oh, Dr. Bird Guy will love this!’  When I brought it back to campus, Ted looked puzzled and asked where we’d found it. He spent several days studying it and then finally returned the feather, along with a photocopied page from a book. The bird was a snow goose. He claimed that my girls had him stumped for a bit on that one. We still have that feather at home, along with many, many others identified by Dr. Allen.”

Executive Director of the Jacksonville University Marine Science Research Institute Dr. Quinton White, Professor of Biology and Marine Science Dr. Nisse Goldberg, retired JU Vice President of Academic Affairs Dr. Bill Robertson, Clements, Mummaw, Borkowski, and many others hold their memories of Allen very dear and count themselves blessed to have known and worked with him.

The Jacksonville University community shares in the loss of this man who embodied the University’s core values of excellence, service, and leadership. The Allen family requests that in lieu of flowers or other remembrances, donations be made to Tree Hill Nature Center or B.E.A.K.S. (Bird Emergency Aid & Kare Sanctuary).

The Allen family also challenges those who wish to honor his memory to simply appreciate nature. Allen’s son Craig, said, “Look up, look around, and listen. There is a whole world of wonderment just waiting to be enjoyed.”