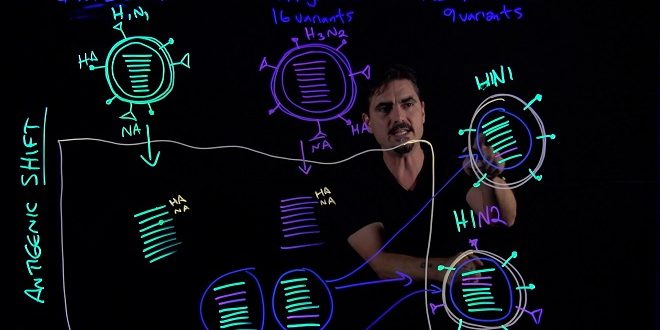 WAVE magazine recently sat down with Anthony “Andy” Ouellette, Ph.D., the number one brand ambassador for Jacksonville University’s “The Science of…” (TSO) science-based video series. From the Jacksonville Zoo to the bottom of the St. Johns River, this innovative series highlights scientific endeavors across northeast Florida. 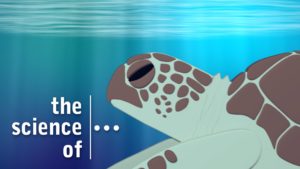 Q: Your name has become synonymous with “The Science Of…” video series created and launched in the fall of 2016 and still going strong. How did the concept behind the series first unfold?

A: The idea for the series sparked in 2014, after appearing several times on a local talk show, The Chat. The producers were looking for speakers who could break down topics into digestible pieces and make science understandable to the average viewer. But they wanted a woman scientist. Instead, they got me.

As I began thinking about non-scientists and residents of Jacksonville in general, I first recognized this previously unreached audience who might appreciate some easily digestible science lessons in an engaging format. Then I really started thinking about how to expose everyday folks to what happens in the world of science, nature, and technology. The Ebola scare was happening around that time, which opened a window of interest.

“Currently enrolled in my second year of medical school, I’m forever indebted to the education I received from so many quality educators at JU, and Dr. Ouellette is at the top of that high-caliber list.” ~ David A. Borrelli ’15, St. George’s University School of Medicine

Q: A project like this involves many moving pieces and multiple stakeholders. Who has helped bring the series to life?

A: First on my mind is Greg Minton. Couldn’t do any of this without him. See, the video series exists under the umbrella of EPIC. The Academic Technology department did not yet exist, and it was through EPIC programming and funding that it was established. When we first started this effort we had every piece in place except videography. Once Greg joined the team, we were good to go. 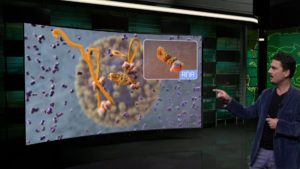 Q: How about a sneak peek at an upcoming episode of “The Science Of…” (TSO)?

A: We’re going to focus on coral reefs and highlight the master theses of two JU graduate students, Paige Carper and Jessica Fair, both under the direction and mentorship of Dr. Dan McCarthy. After that, we’ll look at the physics of glass. What atoms do when heated from solid to liquid, and why we add soda and lime to glass. Professor Brian Frus is one of the main advisors on that episode and I’m really excited about it. We already have a mock-up and animation will soon be added.

Q: What was life like before discovering your call to teach?

A: I would classify myself in high school as a classic underachiever. I collected comic books as a kid and Spiderman was my favorite. Because Peter Parker was a chemistry student, I took chemistry in high school. I was horrible at it and got a D. It wasn’t until after serving in the U.S. Army that I got super motivated. My parents were both working on associate degrees, which also inspired me. It’s ironic that I obtained a Ph.D. in biochemistry, though I’m still no Spiderman.

Q: The top qualities students mention about your teaching style are creativity and energy. Are you modeling one or more of your former professors?

A: Yes, many times over. My first biology class in college, the professor was great—running around the classroom and super excited. Professor Steve Myers made a huge impression on me. In fact, the overall environment of higher education, seeing all those positive faculty relationships with students, I realized that I never wanted to leave.

But the State University of New York system at Suny Oswego is where I really cut my teeth as a first-time professor. I had a strong mentor, Dr. Jim Seago. That’s also where I understood the difference between lecturing, explaining, and teaching. Teaching values learning styles and finding the best way to package information for students. Less can be more if you do it right.

“After spending three of my six years at JU studying algal blooms in the St. Johns River with Dr. Ouellette, I can honestly say that he helped foster and refine my passion for science and helped begin my journey towards a Ph.D. in biomedical microbiology.” ~ Rhea Derke ’15, Doctoral Candidate, Department of Microbiology and Immunology, University of Alabama at Birmingham

Q: Do you have any classroom mottos to instill in students? What is your overarching goal as a professor?

A: The training of scientists is really important to me and that’s exactly what we do at JU. And I love doing that here because this University truly believes in the liberal arts and sciences. I don’t have any mottos per se, but I sincerely want my students to discover that earned confidence comes from competence. As I’ve worked with students over the years, I’ve seen those who come in with a lot of confidence, but that wasn’t necessarily earned through experience or higher-level thinking. Independence in the lab and as a scientist is another quality I try to help students develop.

Q: How do you know when you’re really getting through to a student? As a professor, is there an ah-ha moment for you?

A: There are ah-ha moments for me on a regular basis in the classroom. As soon as you can get students to talk to their friends and family about what they’re doing here, that’s when you know that the science is actually affecting them. And when I hear about our research students posting results to social media, that’s a win.

Q: While a student, did you ever have a disappointing or hilarious lab moment?

A: Yeah, and I was just telling this very embarrassing story to my biochemistry students the other day. As a graduate student, I had a Ph.D. advisor, Dr. Bridgette Barry, who was a no-nonsense professor. She came in while I was working with proteins and a chemical that released hydrogen cyanide. As I’m shaking a tube of the mixture inside a hood, and wearing personal safety protection, of course, we’re talking. I’m continuing to talk and shake, and at some point, she says, “I’m going to leave now so you can take care of what’s going on right there.”

The tube, normally constructed of polypropylene, turned out to be some other material that someone else had ordered. The chemicals inside were slowly dissolving the tube and here I am shaking the toxic solution all over the inside of the hood. It was especially embarrassing because I prided myself on safety, preparation, and organization. No one was hurt, thankfully, but I’ll never forget it.

“His enthusiasm is certainly contagious. Now, it’s my senior year, and I’ve been involved in three research projects and presented at four conferences.  That never would have been possible without Dr. Ouellette’s guidance and support.” ~ Janel Palomo, Biology Major, Class of 2019

Q: Next, we have a couple of fun questions for you: where’s the best seat in your classroom?

A: Ah, I walk around, so every seat is the best seat. There’s no place for a student to hide.

Q: What do you think about Bill Nye the Science Guy?

A: Although I never really watched his show, Bill Nye has provided a great service by making science fun, accessible, and enjoyable. I did watch Scientific American Frontiers while I was in college, hosted by Alan Alda. I loved that show! Alan was great. Even better, I had the opportunity to talk with him about “The Science Of…” and other very cool topics when visiting The Alda Center for Communicating Science. Those were the days when we were planning and designing “The Science Of…” 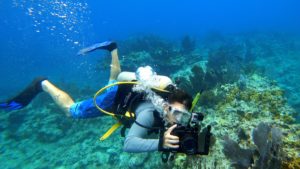 Q: If you could create a science superhero or villain, who would they be?

A: Definitely Photosynthesis Man. I’d want to convert dastardly climate-changing carbon dioxide into sustainable wood and sugars while simultaneously stopping global warming. Then we’d have lumber and lollipops for everyone!

Professor of Biology and Chemistry Dr. Anthony Ouellette specializes in the areas of toxic cyanobacteria, microbiology, and biochemistry. He may be reached at (904) 256-7299, or aouelle@ju.edu, and his office is located in the Reid Medical Science Center, Room 217.

Watch First Coast News’ recent feature on “The Science of..” In addition to “The Science Of…” official website, where companion guides and transcripts can be found, videos may also be accessed through “The Science Of…” YouTube channel and the Jacksonville Zoo and Gardens website.