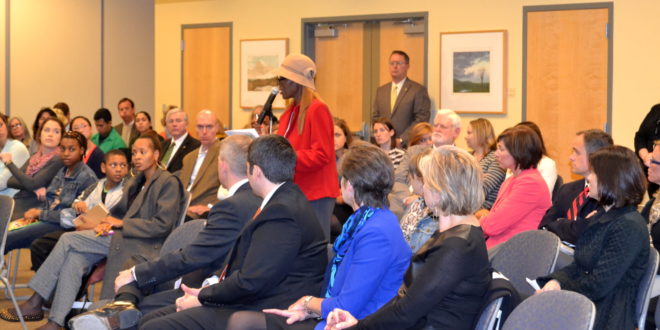 The town hall is from 7:30 to 8:30 p.m. in the Davis College of Business Conference Rooms A, B and C. Doors open at 6:30 p.m. Public Policy Institute Director Rick Mullaney and WJXT TV-4 News Anchor Kent Justice will moderate the discussion about issues facing voters in the Presidential Election. Cards will be available for audience members to submit questions.

Weld, who is on the Libertarian ticket with former New Mexico Gov. Gary Johnson, was elected governor of Massachusetts in 1990 with 51 percent of the vote, and re-elected in 1994 with 71 percent of the vote. While in office, he did not permit any tax increases, according to this campaign materials. In 1992 he was rated the most fiscally conservative governor in the United States by the Wall Street Journal. During his first term, the unemployment rate in Massachusetts fell from the highest among the 11 industrialized states to the lowest.

He was an early proponent of civil rights for gays and lesbians, and appointed the judge who wrote the opinion mandating marriage equality as a matter of constitutional right. He was also an outspoken defender of a woman’s right to choose whether to terminate a pregnancy, rather than have the decision made by the government, his campaign said.

More details on the event are below:

RSVP: Not required, but appreciated. Students and residents please email ppi@ju.edu. For more on the event and to register, visit https://www.eventbrite.com/e/jacksonville-town-hall-with-governor-bill-weld-tickets-27793187171.

PARKING: Residents should park in Lot C at the front of campus, and students may park in any of the parking areas on University Oaks Drive near DCOB after 5 p.m. See map at http://www.ju.edu/aboutju/Documents/Campus_Map.pdf

The Jacksonville University Public Policy Institute is a neutral gathering place to discuss policy matters affecting our state and local community. Offering the only Master in Public Policy degree in Florida, the Institute prepares students for leadership and diverse career opportunities in the public, private and non-profit sectors. More information at ju.edu/ppi.