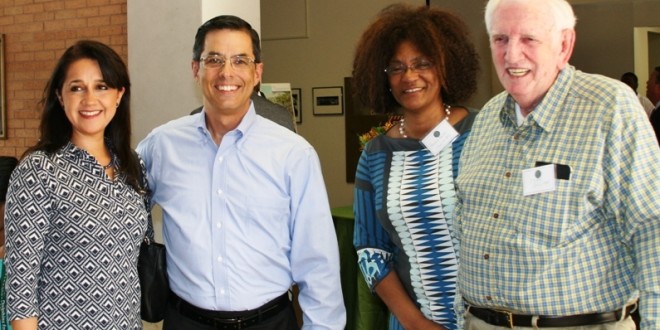 Longtime alums and those newer to the fold joined together recently as JU’s Political Science Department hosted a spirited reunion in the Howard Administration Building lobby. 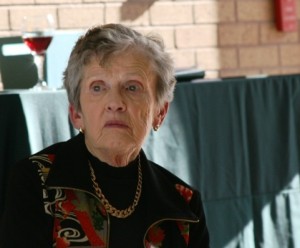 Caibigan spoke about her last four years at Jacksonville University.

“I have immersed myself in an environment where incredibly passionate professors are dedicated to providing the best education for their students,” she said at the event, which was held during this year’s Winter Alumni Gathering. 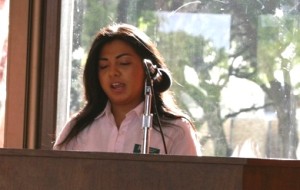 “He really exemplifies the very best in Jacksonville University, and is always there for his students,” Mantay said. “Dr. Baker taught us how to make a difference.”

Dr. Baker discussed his efforts to draw students in to the subject of political science.

“My main role has been to intrigue them with the idea of politics, since so many see it as a turn-off. I want to show people the potential of politics and that you can make a different in society.” 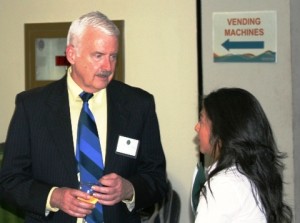 For Mantay, whose parents emigrated from Argentina to the U.S., and who attended Jacksonville University through the Naval ROTC program, studying at the University laid the groundwork for things to come.

“Learning how to run the Political Science Society and get things done prepared me well to run my business in the future,” said Mantay, where I graduated with a bachelor’s degree in International Studies and was commissioned in the United States Navy. now a financial professional at Mantay & Co. Insurance & Financial Services.

See a photo gallery of the event below: