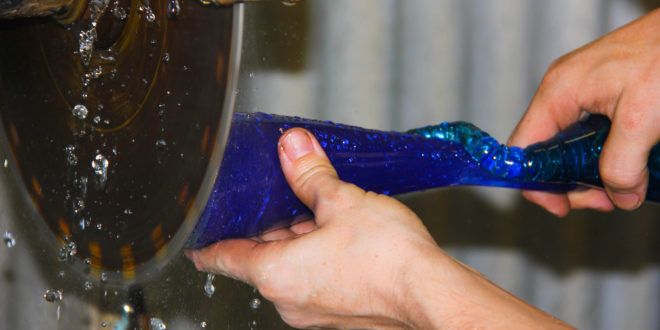 The College of Fine Arts has again assembled a superlative program of arts for this academic year, with many of the events and exhibits free to campus and the community. Below are messages from President Tim Cost and Fine Arts Dean Dr. Henry Rinne,followed by some upcoming highlights.

Message from the President:

I am always thrilled to see the truly world class events that have been planned for the new season of the Performing Arts Series. Stephanie and I enjoy attending these performances and exhibits, which showcase the incredible talent of our students and faculty. It is also worth noting the strong international flavor of these programs as we host a performing delegation from Changsha University in China and the Villiers Quartet from Oxford, UK. I invite you to join our Friends of Fine Arts and purchase a season subscription, helping to support the College of Fine Arts as a significant member of the Jacksonville arts community. The richness and diversity of the season of music, dance, theater, and the visual arts offer patrons an interesting mix that I am sure you will enjoy.

Message from the Dean:

As Dean of the College of Fine Arts, I am amazed at the incredible array of talent that is showcased in our Performing Arts Series. Our students and faculty prepare exceptionally strong programs in all of the arts disciplines—performances and exhibits that enhance the cultural life of the campus and the Jacksonville area. As part of this series, we bring to campus numerous guest artists throughout the year. The world-class artists and performers present master classes, lectures and workshops for our students. This intimate contact with professionals in the disciplines is what sets us apart, providing students with opportunities to interact and learn from our guests. Last fall, we dedicated the renovated performing space in Terry Concert Hall. Over the past year, this performance venue has gained a strong reputation throughout the city and across Northeast Florida. This year, through a generous gift from Mrs. Mary Virginia Terry, we have completed the project by renovating the lobby space and commissioning a monumental glass sculpture created by JU faculty member Brian Frus. The unveiling of this new work of art is scheduled for Oct. 17. I hope you will be able to attend some of our events, and I hope to be able to meet you in the near future.

Music Around the World with the Jacksonville University Orchestra

Join the Jacksonville University Orchestra for a tour around the world with music from Asia to Europe to the United States! Explore how composers express their own unique national pride in this exciting program. The finale of the concert will be Tchaikovsky’s thrilling 1812 Overture, which depicts the struggle of the Russian people over Napoleon’s invading French forces, and is performed as part of the “Confluence” relating War and Peace to music.

Class warfare rears its ugly head after an extreme water shortage leads to government enforcement of toilets. The citizens must use public amenities regulated by a single malevolent company. Those who break the rules find themselves banished to Urinetown. A hero surfaces and plans a revolution to lead everyone to freedom. This production is a collaboration between the Theatre and Musical Theatre programs and is part of the inaugural “Confluence” semester.

The Villiers Quartet is winner of the First Prize of the 2015 Radcliffe Chamber Music Competition, and Quartet-in-Residence at the University of Oxford. Hailed as one of the most charismatic and “adventurous” quartets of the British chamber music scene (The Strad), the Villiers Quartet have developed an international reputation as exceptional interpreters of English composers including Elgar, Britten and Delius. The Villiers Quartet has performed live on BBC Radio 3 as part of the Leamington International String Quartet Series and performed at numerous festivals and halls including the North York Moors Chamber Music Festival, the Brit Jazz Fest, the Barnes Music Festival, Kings Place, St. John’s Smith Square, the Holywell Music Room and the British Music Society. The VQ will be performing a work by Frederick Delius, whose Florida house now sits on the JU campus. Jacksonville University Dance will present its annual popular dance concert filled with variety and versatility. Dance faculty and guest artists will choreograph thrilling, high-energy dance based in theatricality. In conjunction, Visual Arts will host the Fall for the Arts sale.

Terry Concert Hall is transformed into a 1940s radio studio as Miracle on 34th Street takes to the airwaves! The production features a 35-piece orchestra, talented actors, and live sound effects. Expect a Miracle this season with Kris Kringle, Macy’s, and the Lux Radio Theater!

Kimberly Beasley, soprano, and Scott Watkins, pianist, host the JU release party of Fashion Sense: Songs in Recital, a Dolphinium album released in 2015 and reviewed in 2016 with community support from the American Diabetes Association. Join us for refreshments in the lobby of Terry Concert Hall and meet the artists. CDs will be available for sale, and proceeds benefit the American Diabetes Association.

Make We Joy: Songs of the Season with the JU Choirs and Brass

A Jacksonville holiday tradition not to be missed! Featuring the JU Choirs and Brass in a spirited program of seasonal music from around the globe, along with audience carols.