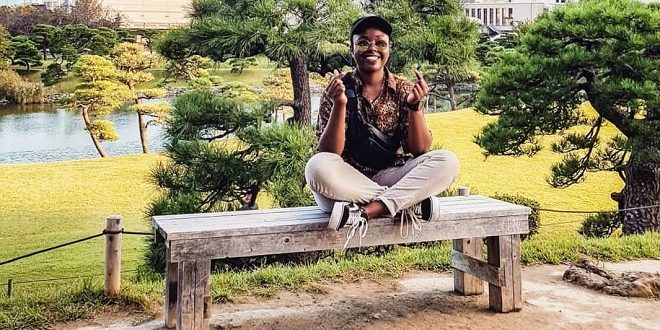 On the Front Lines: The JU Davis College of Business Tokyo-Waseda Experience 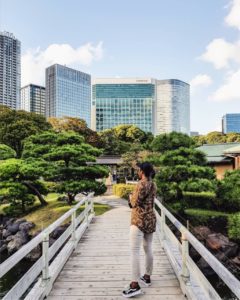 What comes to mind when you think of Japanese culture? For a lot of people, I’m pretty sure the top answer is manga/anime culture. For me, it’s sushi. Unashamed foodie right here.

But I am here to say that Japanese culture goes way beyond those. It is a very enigmatic culture rooted deeply in themes of honor and respect that I hope to share a little about every month for the next 11 months.

Tokyo, one of the world’s leading metropolitan cities, is simultaneously exactly as I imagined and yet full of surprises. I had envisioned a place so technologically advanced that I’d be hard-pressed to keep up. This holds true particularly with my introduction to the Toto Washlet, an e-toilet used widely around the city. The realization that I did not know which button, among the numerous controls, was responsible for flushing inspired my full-blown state of panic inside a toilet stall one day. After about five minutes, I figured it out and it is now one of the standout memories from my first week.

On the other hand, though a major city and tourist destination, the number of Japanese people able to communicate in English is practically non-existent. This was especially daunting during the trip to the city hall that all exchange students are required to make to legally register their residence. The silver lining, however, is that after a single month, I am well on my way to becoming conversational in Japanese.

Harmony of Old and New

Tokyo is a harmony of old and new. Take food as an example. From the old izakayas to the trendy robot-operated sushi restaurants, ramen spots on every corner, and countless vending machines, food in Japan is as eclectic as it gets.

And what about fashion? Amid the hustle and bustle expected of one of the most populated cities in the world, you can spot traditional kimonos, a sea of business suits, and countless style trendsetters. The same is true about architecture? As modern as Tokyo is today, it has not let go of its traditional roots. Instead, skyscrapers are woven seamlessly around shrines, temples, and gardens. 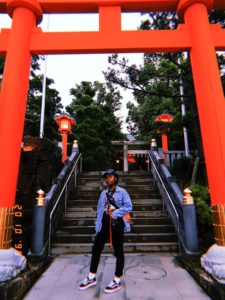 My ongoing 12-month immersion into the Japanese culture will intersect with my study at one of the world’s most international campuses, and certainly the most international I have ever visited. Waseda University is a vast change of pace from my university career so far. The first day left my mind reeling with the abundant diversity of the city. It gladdened my heart that I could be a part of such an amazing community even for this short time. I am not exaggerating when I say almost every nationality and language you can think of is present on this campus. The classroom experience has reached a whole new level for me. Having discussions with other students representing at least ten different cultures and backgrounds per class has greatly broadened my perspective. Just being surrounded, on a daily basis, by so much diversity is really indescribable.

I look forward to the version of myself that will return to JU a year from now. To describe my experience so far in one word: surreal.

Natasha Ubani is an international student from Nigeria. Ms. Ubani is a Junior at JU pursuing a double major in International Business and Marketing. She is currently spending her Junior year at Waseda University in Tokyo as an exchange student through the Davis College of Business.