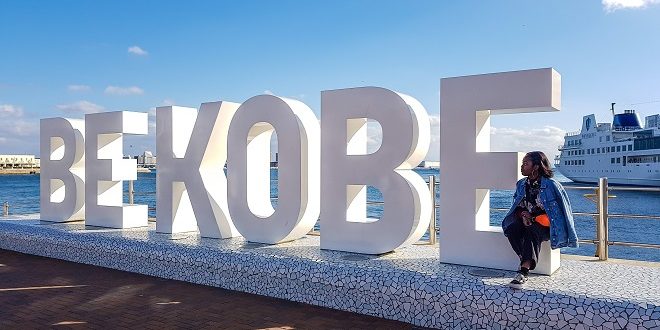 Last time, you all wished me success in deciphering Kanji as we all expectantly waited for Winter Break. Now, with the festivities behind us and school about to resume, let’s reminisce on the holiday, shall we?

‘Twas the night before Christmas… and I was on a bus heading back to Tokyo after a weekend trip to Osaka and Kobe. My first Christmas and New Year’s away from family and I had been more than a little lost about how to spend the time. It did not hold much appeal because this time of year has always been a family affair.

However, after my arrival in Japan, I discovered that this was not the same for the Japanese. Christmas in Japan can be better likened to Valentine’s Day in the West. It is a couple’s celebration. Let’s just say, this did not make me feel any better. So, armed with new knowledge, Operation Winter-Break-get-away-from-seasonal-despair began.

Melodrama aside, my first holiday season without family was better than expected. My trips to Osaka and Kobe were wonderful! In three months, I had already fallen into a routine in Tokyo and a break was just what Santa ordered. The holiday atmosphere in Osaka was in full swing and I was the metaphorical child in a candy store. From historical Osaka Castle to the famous Dotonbori Glico street, I explored every corner. 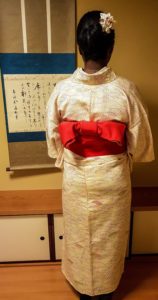 The highlight of Osaka, however, was being invited to a traditional Japanese tea ceremony. I watched how Omacha is made ceremonially, and afterward, I had the opportunity to try it myself. At the end of the tea ceremony, I was dressed in a beautiful kimono provided by the sweetest elderly Japanese woman. There are so many layers to the traditional attire that I could not put it on without help and I would not have known how to do it anyway. It was such an enlightening cultural experience!

Kobe was all blue skies, clear waters, and crisp wind. I spent most of my time at Kobe’s Harbourland awed by all my favorite Pinterest pins coming to life. Unfortunately, I did not sample any of its renowned beef. But I have eight more months and other opportunities to share my culinary adventures.

I made it back to Tokyo just in time for December 25. and had the best and biggest bowl of ramen to date.

Fast forward to New Year’s Eve. This time I had home-cooked Yaki Soba while watching Sasuke Ninja Warrior—the Japanese version of American Ninja Warrior—with friends. Thirty minutes until the huge New Year countdown in Shibuya, my friends and I attempted a mad dash to the train station. Long story short, I was wearing heels and they were not. So, I gracefully welcomed 2019 on the green chairs of a Yamanote-Line train. Do not mourn for me, friends. Instead, mourn for the heels of my poor boots as they made the real sacrifice that night.

Now it’s time to get back to my studies. I hope you all had the best holiday season ever with your loved ones. Although I am a Waseda Bear this year, I remain a JU Dolphin at heart. So Phins up, fam! Wishing you all a Phin-tastic Spring semester!

Natasha Ubani is an international student from Nigeria. Ms. Ubani is a Junior at JU pursuing a double major in International Business and Marketing. She is currently spending her Junior year at Waseda University in Tokyo as an exchange student through the Davis College of Business.