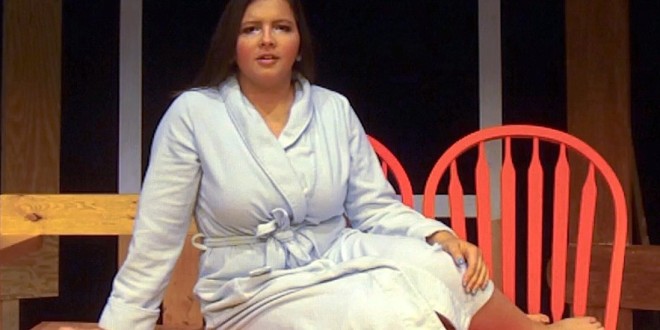 The College of Fine Arts' production of "Arts or Crafts" will include newly added material about the recent MOCA nude photography controversy in Jacksonville.

What was the Mona Lisa thinking when she was being painted? Can a plumber be an artist? Is scrapbooking more than craft?

These questions and many more are explored in the hilarious new show Arts or Crafts, receiving its North Florida premiere at Jacksonville University’s Swisher Theatre Feb. 19-22. A discussion with playwright Rob Roznowski and JU Art History Prof. Cheryl Sowder will follow the Friday Feb. 20, performance. 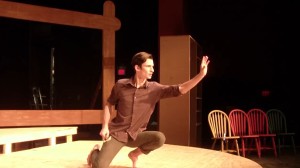 Arts or Crafts is a collection of scenes that explore the difference between art and craft and also who has the right to make the delineation. What makes one thing a hobby and another a masterpiece?

This philosophical sketch comedy piece, which is part of the College of Fine Arts Performing Arts Series, offers scenes that explore quilt making, Greek architecture and even a sing-off between Valkyrie and Christina Aguilera. The contemplative theater piece even includes new scenes written exclusively for Jacksonville — including one about a recent controversy in which a local elected official sought to rescind public money from the Museum of Contemporary Art (MOCA) for displaying a photo of a nude pregnant woman he called “pornography.”

Watch a promotional video for the performance below:

Rob Roznowski is the playwright for Arts or Crafts and is the head of acting and directing at Michigan State University. He spent several weeks casting and doing preliminary work with the JU performance majors. What he likes about Arts or Crafts is that, “It covers almost all of the arts or crafts that are out there. It allows the audience to make their own definition of what is art or craft. I also think the show explores the role of critic in life. Whether it be a published critique or simply our own reaction to something; we all have such strong opinions.” 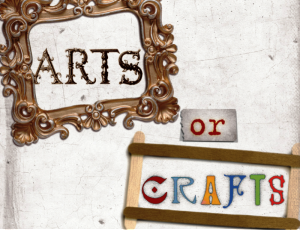 Arts or Crafts was most recently performed at the Orlando Fringe Festival, where it was named one of the Best of the Fest by the Orlando Sentinel, which wrote, “Rob Roznowski’s extremely funny play Arts or Crafts is a series of vignettes that might make audience members think about how we define art as a society – if only they can catch their breath from laughing so hard.”

The Kansas City Pitch noted, “The show’s chief virtues are its wit and egalitarianism. Just when a scene verges on sanctimony, he corrupts it with a joke; just when a scene gets too jokey, he arrives at an insight.”

“We are so fortunate to be able to get a resident playwright to work with the JU performance majors on an original work,” she said. “What a wonderful experience for our students.”