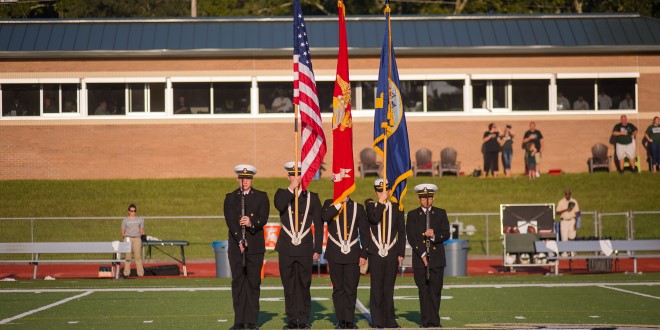 Jacksonville University has been ranked among the top four-year schools in the U.S. on the Military Times “Best Vets Colleges 2020” list for a fourth consecutive year.

Military Times asks colleges and universities to complete a 150-question survey about their services, special rules, accommodations, and financial incentives offered to students with military ties. Colleges also must describe the veteran culture on their campus.

The comfort and ease of the student veterans’ academic experience is a priority to the Jacksonville University community. Michael Mitchell, USN (RET), Director of Military and Veterans Resources Center, provides Green Zone Training to JU faculty and staff to arm them with basic knowledge about the military and the types of veteran students on campus.

The University’s Career Resource Center also developed and implemented a distinct Veteran Career Track that leverages the experience of our military students as they seek meaningful careers, aligning with the vision of preparing each student for life-long success in learning, achieving, leading and serving.

To guarantee a great educational and comfortable experience for its student veterans, JU designated a space specifically designed for military students and veterans, Defender’s Den Student Veterans Center, in March 2014. The Den in the Founders Building features a computer lab, a dedicated study space, and lounge area to relax between classes. The Den is also home to the only USO Liaison Center located in a dedicated college student veteran center in the U.S.

This is the latest in a series of positive rankings from respected independent organizations that indicate Jacksonville University’s continuing commitment to the pursuit of excellence.

In September, U.S. News & World Report’s annual Best Colleges Rankings placed Jacksonville University 28th among 136 schools in the Regional Universities South category, 38th on the Best Value Schools list, and 16th among the Best Colleges for Veterans in the South.