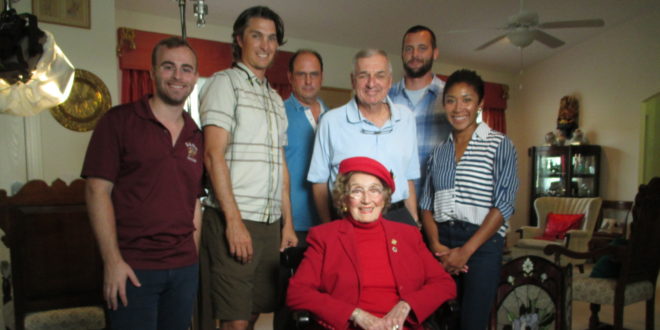 You might say Frank Pace is finally getting to realize his own “Hoop Dream.”

The 1973 JU graduate and Distinguished Alumnus, an Emmy Award-winning Los Angeles-based producer with more than 700 TV episodes to his credit, is producing the full story behind what he’s wanted people to know for a long time: how the Dolphins’ magical 1969-70 run to the NCAA Finals Championship basketball game changed the University and Jacksonville forever.

“This will be a love letter to Jacksonville University,” he said. “I was there. I’ve known the players for 50 years now. Let’s get the story told right, once and for all. Let’s use the past for JU to continue to build on its future. And let’s reveal the story behind the greatest accomplishment in Jacksonville sports history, period.”

The working title for the new documentary is “They Called Us the Mod Squad,” after the popular late ‘60s-early ‘70s TV show.

Pace has made a great start on assembling archival materials and conducting important interviews, but he needs help gathering footage from the era. Specifically, he is asking the JU campus community and the public for content about campus life and images that bring the University and city together.

Jacksonville University’s famed 1969-70 basketball team played against UCLA in the NCAA Championship game, the smallest college to ever play in a Final, and electrified the region.

“This is a story about the history of Jacksonville up until the JU team, and what that team accomplished in uniting a very diverse city in a time of racial and social unrest, by jumpstarting race relations,” Pace said. “It’s also about the effects the team has had on this city even to this day.”

Pace has spent 30 years in the film industry and has TV credits including “The George Lopez Show,” “Murphy Brown,” “Suddenly Susan,” “Head of the Class,” “Shake it Up” and “Girl Meets World.” He also has produced four movies, including the Emmy Award-winning “Babe Ruth” starring Stephan Lang.

He played on the JU baseball and soccer teams, and was named soccer Most Valuable Player and the Dolphins’ Goalkeeper of the Decade (1970-79).

If you have footage from the era, or know someone who does, please contact Pace directly at ksidekicks@aol.com.