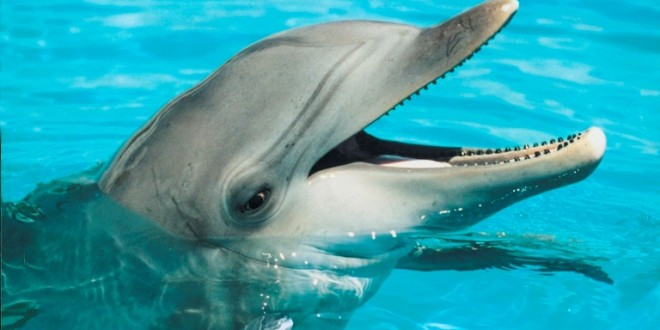 Nellie the dolphin, the beloved Jacksonville University mascot, former TV star and water-show performer who charmed generations of young and old alike while raising awareness of marine life, has died.

At 61 the oldest dolphin in human care, she was born at Marineland Dolphin Adventure and had resided there her entire life.

“Nellie brought such joy to so many, and was an inspiration to generations with her spirit and longevity,” said JU President Tim Cost. “We are honored to have had her as our mascot, and share our condolences with her caregivers at Marineland and with all those who shared such a special bond with her.” 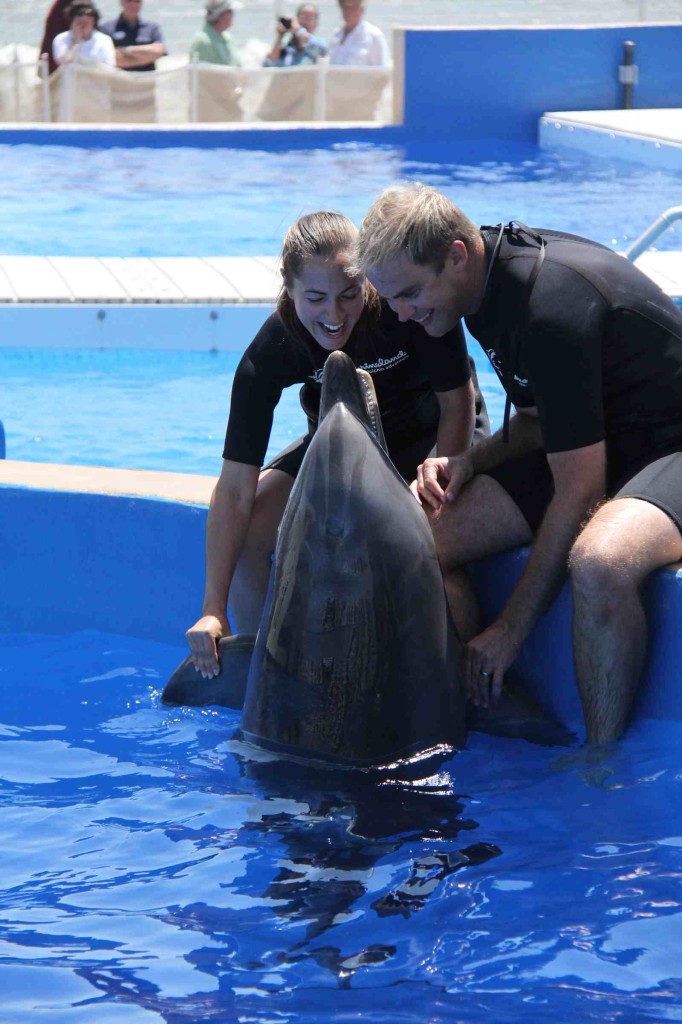 “Her memory will live on in the lives she touched,” the Facebook post read. “She fostered a love of the ocean and promoted marine conservation to thousands throughout her lifetime. We will miss her dearly.”

“I can remember how proud students were when we visited Marineland on field trips and they discovered we had a real, live Dolphin as a mascot,” he said. “Classes enjoyed learning about Dolphin behavior by observing Nellie for many years. It was sad watching her decline over the last few years. But her longevity was a tribute to her caregivers at Marineland.”

Born Feb. 27, 1953, she was famous for her showmanship to live audiences and in films, and for an iconic 1961 “it takes a licking and keeps on ticking” Timex watch commercial with broadcaster John Cameron Swayze.

Nellie was also the oldest living college mascot in the country and a longtime featured performer who, in an earlier era of Marineland, jumped through hoops and playfully interacted with trainers and spectators at Marineland’s dolphin shows. The sextenarian was long-retired and had showed signs of aging, including blindness and limited agility, as she continued to be studied and marveled at by marine researchers who compiled extensive data regarding geriatric dolphins.

Marineland said in a statement that its veterinary, animal care and training staff “attended to Nellie throughout the day yesterday [Wednesday] as her physical condition deteriorated.”

“Due to her rapidly declining health and inability to support herself any longer, the attending veterinarian administered a calming sedative to ease her discomfort,” the statement read. “When it became apparent she would not recover, the difficult decision was made to euthanize. As she peacefully slipped away, she was surrounded by her human family of caregivers who had tended to her so lovingly over the years.”

Marineland Dolphin Adventure is a 501(c)(3) not-for-profit and an affiliate of Georgia Aquarium in Atlanta, Ga. David Kimmel, president and chief operating officer of the Georgia Aquarium, said during Nellie’s 2013 birthday celebration that she helped establish the standard for creating awareness and understanding of marine mammals.

“It all started here. We all have learned a lot from Nellie, who has made a lot of contributions to all of us about what we know about dolphins,” he said. “Every single day we learn something new.”

In addition to Nellie’s contributions to marine research and serving as JU’s mascot, she had a positive, lasting impact on children who attend JU’s Wilma’s Little People’s School, who sent her birthday wishes every year. Wilma’s founder, Kay Johnson, was on hand for her 60th birthday celebration – and for Wilma’s adoption ceremony in 1970.

JU alum David Cameron ’66, a retired principal and biology teacher, felt especially touched upon hearing of Nellie’s death, as he was the final alum to have his photo taken with her. On the university’s Charter Day “Global Toast” celebration of its 80th birthday April 16, the St. Augustine resident went to Marineland for what turned out to be an historic moment.

“They were very accommodating and brought me to her [habitat]. They tapped on the side and she came up swimming,” Cameron said, his voice choking up. “I brought many of my elementary students to Marineland, and they saw her as a performer and also in her role as educator to thousands on marine conservation and ocean habitat.”

“It’s kind of like when you lose a family pet, and I’m sure all the JU family and her caregivers at Marineland are having a hard time. I have a brass dolphin sculpture here at my home, and I’m going to be setting my picture of Nellie right by it. It’s a big loss.”