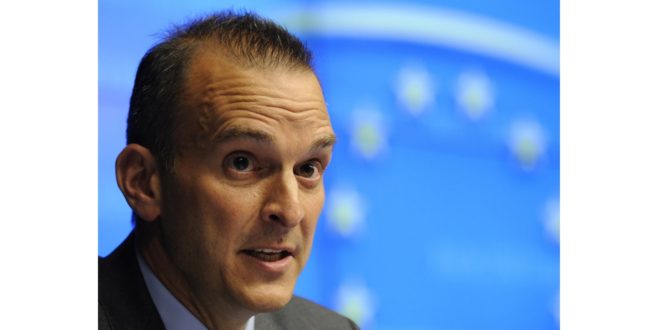 Jacksonville native Travis Tygart, who helped lead the doping probe of cycling superstar Lance Armstrong and is regarded as one of the most powerful figures in sports, will speak on “The Business of Sports” from noon to 1:30 p.m. Thursday, Nov. 2, at the River House. The free event is part of the Davis College of Business’ Davis Leadership Forum.

Tygart, CEO of the U.S. Anti-Doping Agency, has been recognized by Sports Illustrated as one of the 50 Most Powerful People in Sports, named to the 2013 TIME 100 list of Most Influential People in the World for 2013 and deemed one of the Top 12 World Sports Personalities of the Year by Sport Intern.

He led the investigation into the U.S. Postal Service pro-cycling team doping conspiracy and spearheaded the publication of the “Reasoned Decision” in the Lance Armstrong case. Tygart’s tenure as USADA CEO also produced the groundbreaking research on the importance of true sport: “What Sport Means in America,” and the “TrueSport Report.”

TIME’s listing of Tygart, who came under intense personal pressure during the Armstrong investigation, stated: “The measure of a man who does his duty is not what others think of him, but his own commitment to doing what is right.”

Originally from Jacksonville, Tygart graduated from the The Bolles School, and earned a B.A. in philosophy from the University of North Carolina at Chapel Hill in 1993. In 2010, he earned the University’s Distinguished Young Alumni Award. Tygart went on to earn his JD from Southern Methodist University in 1999, graduating Order of the Coif, and in 2014, he was recognized as one of its Distinguished Alumni.

The event is free. Those interested should visit https://www.eventbrite.com/e/davis-leadership-forum-the-business-of-sports-tickets-38465842370 to reserve a seat.