Home » All Sections » ‘The King and I’ and Michael Lomeka: Artist In Residence wins role in Broadway national revival tour 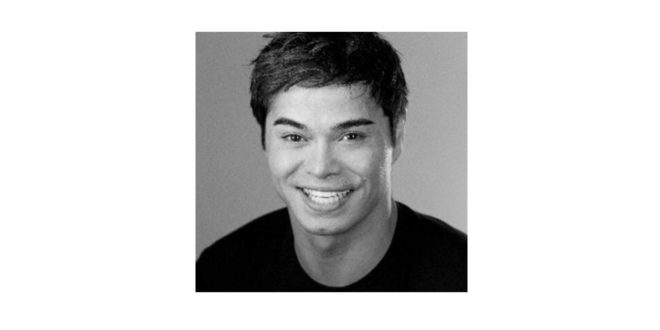 ‘The King and I’ and Michael Lomeka: Artist In Residence wins role in Broadway national revival tour

The years of practice, auditions and callbacks are paying off for professional dancer Michael Lomeka, JU Artist In Residence in the College of Fine Arts and graduate of The Juilliard School at Lincoln Center.

He’s won a role in the ensemble for the Broadway national tour of Lincoln Center’s production of “The King and I.” (See info and casting at http://thekinganditour.com/bios/)

Lomeka, who received his MFA in Choreography from JU, will be on sabbatical and leaves Jacksonville Thursday, Sept. 29, to begin rehearsals Oct. 3.

“The opportunity to work with a director of Bartlett Sher’s caliber is a career highlight for me,” he said. “The same qualities that enabled me to secure this Broadway national tour are the same qualities I have instilled in our JU dance majors/minors for the past four years. After the tour, I look forward to returning to JU with a wealth of new connections in the industry and a revitalized spirit to empower our JU dancers.”

Lomeka came to Jacksonville four years ago and fell in love with the vibrant local theater scene, establishing relationships with professionals associated with the Five and Dime theater company, Players by the Sea and the Alhambra Theater and Dining. He has taught master classes at Douglas Anderson School of the Arts and Episcopal School of Jacksonville.

Watch “Rites of Passage,” choreographed by Michael Lomeka and performed by students for the Jacksonville University Dance Theater Spring Concert:

Persistence pays off for artists who keep their eyes on the prize, Lomeka said.

“Over the span of two years, I flew to New York City to attend auditions and callbacks specific to ‘The King and I,’ as well as other Broadway productions,” he said. “My advice to young dancers is to think positive, be kind and do the work. I am proud to call Jacksonville home. Any hope others may formulate from this blessing, in terms of their ability to succeed at the upper tier of musical theater, puts a smile on my face.”

Born in the Philippines, Lomeka began dancing on the island of Guam under the direction of Teri Knapp. He was accepted into The Juilliard School, under the direction of Benjamin Harkarvy, where he performed in works by José Limón, Agnes de Mille and Paul Taylor. Upon graduation, he joined the Tony Award-winning Broadway revival cast of “The King and I,” and has also been part of the Broadway production of “A Christmas Carol,” choreographed by Susan Stroman, as well as the pre-Broadway production of “Romeo and Juliet: The Musical,” with choreography by Christopher d’Amboise.