Home » All Sections » ‘K9s for Warriors: Making a Difference’ is topic of talk Nov. 10 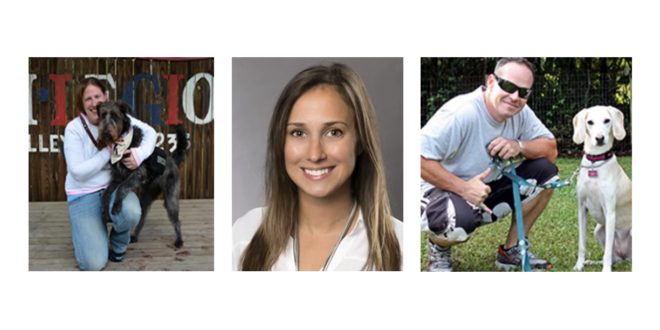 ‘K9s for Warriors: Making a Difference’ is topic of talk Nov. 10

From Marine Corps Officer Candidate School to two Afghanistan tours to promoting animal therapy for veterans, Becca Melesky has always been up for a challenge.

The Jacksonville University Doctor of Business Administration candidate will give a free talk on “K9s For Warriors: Making A Difference” on Thursday, Nov. 10, in the University’s Gooding Auditorium, focusing on how to turn passion into reality, all while gaining valuable entrepreneurial skills to benefit fellow citizens and influence public policy.

In 2009, Melesky attended Marine Corps Officer Candidate School and was one of only 27 women to be commissioned. Four years and two deployments to Afghanistan later, she began her civilian career and life. She currently serves as Director of Development K9s For Warriors, which provides service dogs to veterans diagnosed with post-traumatic stress disorder (PTSD), traumatic brain injury (TBI) and/or military sexual trauma (MST). She also serves as a public affairs officer for the Marine Corps Reserve.

The event is supported by an $870,000 U.S. Department of Health and Human Services grant the University won to recruit and support military students as they work on their Bachelor of Science in Nursing degrees in the JU Brooks Rehabilitation School of Healthcare Sciences. The Veteran Bachelor of Science of Nursing (VBSN) program strives to educate highly qualified medical personnel for the community.

Melesky’s talk, which is free to the public, is from 4:45 to 5:45 p.m. Thursday, Nov. 10, in Gooding Auditorium at JU, 2800 University Blvd. N. RSVPs are recommended to VBSNevents@ju.edu as seating is limited.