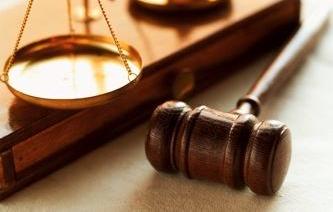 Details of the event are below: 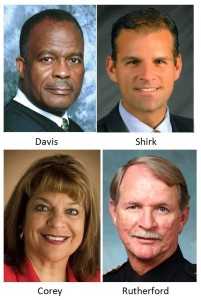 The Honorable Judge Henry E. Davis is a native of Jacksonville. After practicing law with the U.S. Justice Department and in private practice for several years, he began his judicial career with his appointment to circuit judge by Gov. Lawton Chiles in 1992. Judge Davis has presided in assignments to the civil, family, criminal (felony), and juvenile delinquency/dependency divisions of the Fourth Judicial Circuit. Judge Davis is a member of the Florida Board of Bar Examiners and the Florida Commission on Ethics. He received his J.D. from Florida State University in 1975.

Sheriff John H. Rutherford has served three terms as Jacksonville Sheriff and was elected each time with a sweeping mandate from the citizens of Duval County. He’s now in his 40th year with the Jacksonville Sheriff’s Office, where he attained the ranks of sergeant, lieutenant and captain, and then was appointed by then Sheriff James McMillan to the rank of Chief. Sheriff Rutherford is a graduate of Florida State University, the FBI National Academy and the FBI’s Executive Institute.

Matt Shirk began his second term as public defender in January 2013. Since taking office in 2009, he has formed one of Florida’s first Veteran Treatment Courts, implemented cost-saving technologies and launched a Resource Recovery Program. In 2010, he established Vision for Excellence summer camp, which provides young people educational resources, interaction with positive role models and community-building opportunities. He received his J.D. from Florida Coastal School of Law in 1999.