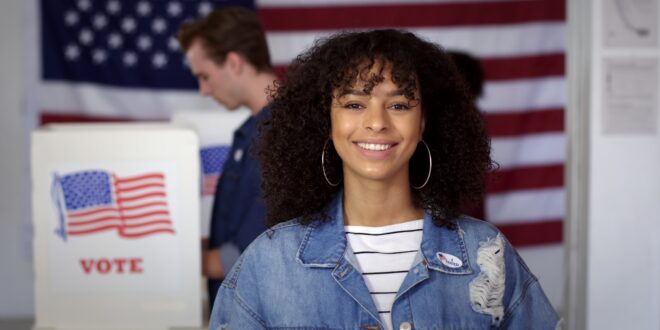 Voting precincts, long lines, filling in tiny boxes and receiving an “I Voted” sticker makes voting here in the United States a complex experience. That is why Jacksonville University is doing its part to prepare students for the upcoming election.

In light of the recent events surrounding this election year, JU is actively promoting the importance of voting and being informed. That is the purpose of the newly formed Board of Diversity Awareness. The board works closely with the Student Government Association and is part of the Student-Athlete Advisory Committee. According to Gabrielle Heard, Executive of the SAAC, its purpose is, “to start the important conversation regarding racial inequities, specifically within the athlete community.”

The board’s mission rests on four pillars that encourage student-athletes of color to serve, transform, educate and promote — or to STEP forward, to use the acronym. “Working with SGA and SAAC ensures that JU’s student body has multiple resources to educate themselves on today’s important matters,” Heard said. “We hope to reach everyone so that we may continue to be #JUstrong.”

At JU, the involvement of student organizations like the SGA and SAAC helps to promote the importance of voting as both a civic duty and a privilege. “Voting is a privilege that many people around the world do not have,” said Rachel Wiess, President of the JU Democrats. “It is the most basic way that we can engage in the civic process. By voting in greater numbers, we, as young people, can send a message to those in power that we care about the issues facing our country, and we will hold those in power accountable on those issues.”

“The Electoral College guarantees that each state gets the same vote,” said Adam Sierminski, President of the JU Republicans. “Alaska should not have the same amount of pull that New York, California, or Florida do, but they do deserve a voice. The Electoral College makes sure that our votes stay fair and equal from state to state.”

As JU students head to the polls, some for the first time, it might be helpful to know that, while politics can be controversial and the political process a bit confusing, participation is important. “You have the steering wheel to the next four years of your life, of your country,” Sierminski stressed. “Do your research and then do what is your duty. I also encourage anyone who feels set in stone with who they are voting for to still research the other candidate and then, on Nov. 3, go out and share your voice.”