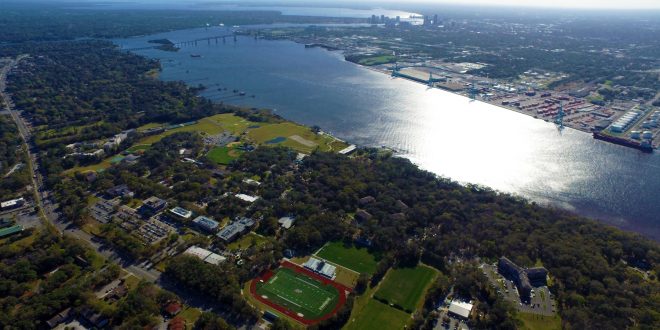 Jacksonville ranks as one of the best cities for tech outside California and New York in a new study by a leading business intelligence firm, and JU is being singled out for its importance in helping foster that thriving start-up climate with its programs and graduates.

DataFox ranked the city No. 2 in its study, which uses proprietary metrics gathered from private businesses such as investor quality, liquidity and revenue growth, and adds cost of living, workforce quality, culture and education data to gauge the atmosphere for tech business start-up and success.

The Jacksonville area scored particularly well in areas such as financial stability, the number of “prestigious” investment firms that have invested in tech firms, affordability, community and culture. In addition, DataFox emphasized that its review also found that great tech cities’ efforts are also helped along by strong public-private partnerships and centralized hubs that create synergy, connections and innovation.

That’s where JU plays a vital role, as it provides the region with students and alumni rich in talent and ideas, encourages entrepreneurism through efforts such as the Davis College of Business partnership with the CoWork Jax incubator downtown, and provides collaborative education and community partnerships with its Florida EPIC (Entrepreneurial, Policy, Innovation, and Commerce) interdisciplinary program.

“The best tech cities have a symbiotic relationship with their universities, and Jacksonville has done just that,” said Anisha Sekar, Growth Marketing Manager at DataFox, which was founded at Stanford University in 2013. “JU students are not only able to learn from current entrepreneurs and build tech skills, they also give back to the business community — CoWork Jax lets student and working entrepreneurs alike share both office space and ideas.”

“Programs like EPIC are what make university cities great today, and set them up for success in the future,” Sekar said. “Not only are JU students receiving highly prized real-world education, but they’re becoming part of the broader Jacksonville community. And the focus on flexibility is key: we don’t know what the workforce will look like in 10 years, but JU is preparing its students to thrive in that new world.”