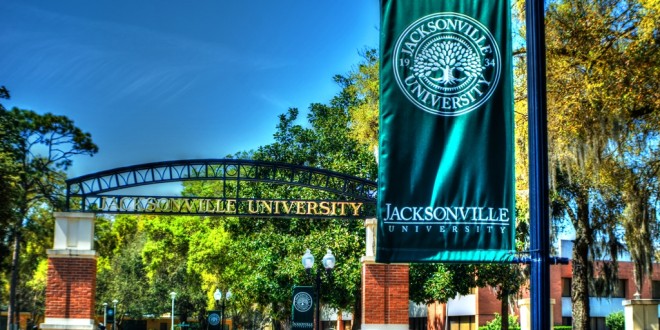 “This promises to be one of the premier education policy conferences in the state,” said JU PPI Director Rick Mullaney. “The effects of education policy for Florida and for Duval County will be discussed.”

Registration is at 8 a.m., and attendees should RSVP to ppi@ju.edu. Event details and biographies of speakers are below: Gary Chartrand is the Executive Chairman of Acosta. Acosta is a leading full-service sales and marketing agency that employs over 30,000 associates and operates 102 offices in the U.S. and Canada. Gary received the Ernst & Young Entrepreneur of the Year Award for the State of Florida in May 2001, and was named to the Supermarket News Power 50 list from 2003 to 2009, indicating the 50 most influential people in the industry.

Mr. Chartrand was appointed to the State Board Of Education by Gov. Rick Scott in 2011. He is also an enthusiastic supporter of the Wounded Warrior Program, Catholic Charities, Guardian of Dreams Catholic schools, and the Diocese of St. Augustine. Mr. Chartrand is a graduate of the University of New Hampshire. Pam Stewart is Commissioner for the Florida Department of Education. She began her teaching career in Hillsborough County before moving to Marion County, where she spent 25 years in education. She was a guidance counselor, district testing and research specialist, assistant principal, and then principal first at Reddick-Collier Elementary and then at Vanguard High School.

In 2004, she was named Deputy Chancellor for Educator Quality at the Florida Department of Education. She served in that position until 2009 when she moved to the St. Johns County School District to become Deputy Superintendent for Academic Services. Juan C. Copa is the Deputy Commissioner for Accountability, Research and Measurement with the Florida Department of Education.

Prior to this appointment as Deputy Commissioner in September of 2013, Mr. Copa served as a State Policy Director with the Foundation for Excellence in Education.

Between 2005 and February of 2013, Mr. Copa served in various capacities with the Florida Department of Education, including serving as the Director of Research and Analysis in Educator Performance, where he led the development of value added models measuring student learning growth for use in educator evaluations.

Prior to joining the Department, Mr. Copa served as a legislative analyst for the Florida Legislature’s Council for Education Policy Research and Improvement. In this capacity from 1999 to 2005, Mr. Copa conducted various analyses dealing with class size reduction, educational policy including an analysis of the medical education needs of the state, a comprehensive examination of the state’s secondary and postsecondary career education system, and a study on the factors that influence student progression through the postsecondary education system. Dr. Vitti received the prestigious Presidential Scholarship from the Harvard Graduate School of Education, and was a member of the urban superintendent program. In 2012, he completed his doctorate from Harvard in education, administration, planning and social policy. Trey Csar has been the President of the Jacksonville Public Education Fund since 2009, a role in which he has grown JPEF into an active voice for universally high quality public schools in the Jacksonville Area. The organization conducts research, mobilizes the community and advocates for common-sense systemic solutions to improve student performance. Through the new Quality Education For All Fund, JPEF, in collaboration with the Community Foundation for Northeast Florida, is investing $50 million to improve the recruitment and retention of high-quality teachers and leaders in 36 historically underperforming schools in Duval County.

Before coming to the Jacksonville Public Education Fund, Trey worked as a youth organizer in San Francisco, working to involve students throughout California in advocating for better educational opportunities for their fellow students. He taught in an inner-city elementary school in Houston with Teach For America and served as an assistant principal at KIPP New Orleans West (NOW), a school set up in the aftermath of Hurricane Katrina to work with low-income students who evacuated to Houston from the New Orleans area. Imani joined the Jacksonville Public Education Fund team in December of 2013, bringing nearly a decade of experience working in youth development and education.

Early in her professional career, Imani developed a passion for improving education outcomes in urban areas. She served as a Program Director with the YMCA of Central Florida, as well as in the office of teacher certification at the Florida Department of Education. Prior to moving to Jacksonville, Imani worked as an educator with the School District of Philadelphia and as a research and policy associate with the National League of Cities in Washington, DC.

Imani comes to the Jacksonville Public Education Fund with a strong background in education reform and education policy, and commitment to working to ensure that all children have access to quality education. In 2013, Annmarie Kent-Willette was named Education Commissioner for the City of Jacksonville by Mayor Alvin Brown.

Dr. Kent-Willette has been widely honored for her work in education, most recently as a three-time First Coast Scholar, where she was selected to teach seminars to K-12 teachers and academic coaches at the Schultz Center for Teaching and Leadership in Duval County.

Dr. Kent-Willette serves as the higher education representative to the board of the Florida Associated Press Broadcasters, and has been an active leader in JU’s shared governance, serving as a vice chair of its Faculty Senate.

As faculty at Jacksonville University since 2001, Dr. Kent-Willette leads in communication studies as a senior level, award-winning media and commips for TV stations and top corporate executives.

Dr. Kent-Willette offers a proven track record, successfully increasing local and national media coverage, community participation, and six-figure donations for non-profit organizations. Dr. Kent-Willette teaches a variety of communications and service learning classes both domestically and internationally. She was selected as the 2008 Jacksonville University Woman of the Year. Tom Majdanics is the Founding Executive Director of KIPP Jacksonville Schools. KIPP, the Knowledge is Power Program, is a national network of free, open-enrollment, college-preparatory public schools dedicated to preparing students in underserved communities for success in college and in life. There are currently 162 KIPP schools in 20 states serving over 58,000 students, including two schools in Jacksonville, the only KIPP schools in Florida. He was appointed by Gov. Rick Scott to the Board of Trustees of the Florida State College at Jacksonville in 2013, and presently serves as chairman. KIPP Jacksonville opened the first KIPP schools in Florida – KIPP Impact Middle School in 2010 and KIPP VOICE Elementary in 2012.  KIPP Jacksonville plans to grow to five schools in the coming years – all sited in the Northwest Jacksonville area, where educational outcomes have the greatest need for improvement.

Prior to joining KIPP, Mr. Majdanics served as a founding board member of KIPP Jacksonville while leading a $30M business unit as a Director for MSC Group, a Jacksonville-based health care firm. Earlier in his career, he worked in the strategy and venture capital fields in Chicago for firms such as Bain & Company, Citadel Investment Group, and First Analysis Venture Capital.