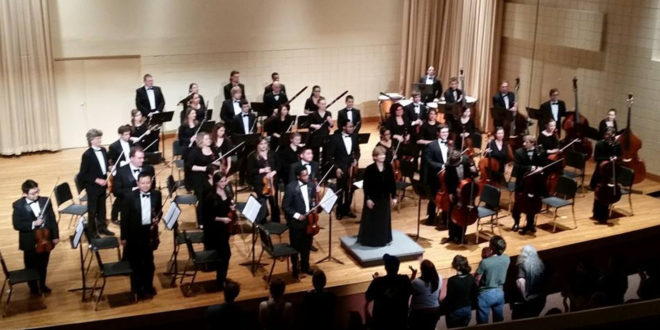 The Jacksonville University Orchestra opens its 2016-17 season on Tuesday, Oct. 25, in the newly renovated Terry Concert Hall with a salute to American composer Howard Hanson, long-time dean of the Eastman School of Music.

Hanson, a pianist and composer, is credited with developing the academic music curriculum still used in most music schools and conservatories to this day.

Featured on the program for the free concert is Hanson’s Symphony No. 2, “Romantic,” his best-known and most familiar work. Dr. Marguerite Richardson, conductor, describes the music as “full of nostalgia about Hanson’s youth, while at the same time looking ahead to his future.”

“The music is lush and sweeping—very emotional and powerful, which is not what the listener expects from 20th century American music,” she said.

Also on the program is Hanson’s Piano Concerto in G, performed by JU Associate Professor of Piano Dr. Scott Watkins. The piano concerto includes some nods to the jazz idiom of Hanson’s day.

Opening the concert will be Aaron Copland’s “Fanfare for the Common Man,” which features the JU Orchestra brass and percussion sections.