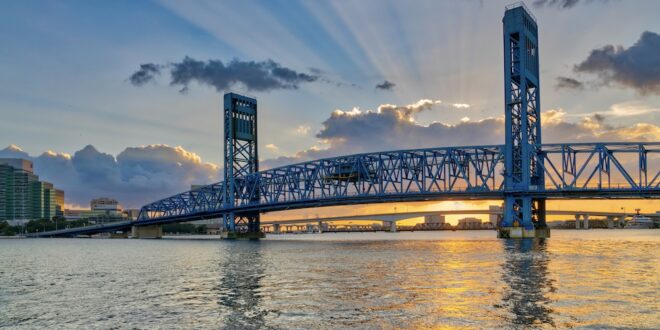 As part of a shared commitment to advance the health and vitality of the St. Johns River, Jacksonville University’s Marine Science Research Institute (MSRI) and the Jacksonville Port Authority (JAXPORT) are partnering to launch an educational initiative called Connected, which aims to raise awareness about the importance of the St. Johns River as a vital natural resource.

“The St. Johns River is the heartbeat of our city and our region, and as a community, we are all connected to the river in some way,” said MSRI Executive Director Dr. Quinton White, who has studied the St. Johns River and its diverse wildlife for more than 40 years. “As neighbors across the river, Jacksonville University and JAXPORT both understand how important the river is to our thriving city. We share a common goal of ensuring the river is healthy for future generations, because our environment and economy depend on it.”

Every year, the river carries 10 million tons of cargo through JAXPORT, pumping more than $31 billion into the regional economy. It’s also home to thousands of species that depend on the river for survival. Powered by funding from JAXPORT, Connected brings together research, education and global commerce in a mission to educate and engage the community on a broad range of topics related to the river.

“I am pleased to see two organizations that are dear to my heart come together for such an important partnership,” said JAXPORT Immediate Past Chairman Jamie Shelton, who also serves as Chairman of the JU Board of Trustees. “I look forward to seeing the incredible educational opportunities that will come from this partnership, and the positive impact it will have on the health and vitality of our river for generations to come,” Shelton continued.

“I am a firm believer that there is a nexus between commerce and protecting the environment,” said JAXPORT CEO Eric Green. “As the largest commercial user of the harbor, we are proud to do our part to help facilitate the connection between environmental stewardship and economic opportunity, ultimately benefiting our river and community.”

As Northeast Florida’s leading environmental research institution, the Marine Science Research Institute at Jacksonville University offers scientific expertise and educational resources to further the mission of the Connected partnership at local schools and community groups. MSRI faculty will offer informative lectures, interactive activities, and resources for educators on topics that include: ecosystems and wildlife found in and around the river; hydrology and water cycles; the river’s role in our city’s history; and its importance to the regional economy.

“Through Connected, we will partner with local schools and community organizations to bring river education to all ages,” said Dr. Melinda Simmons, assistant professor of marine science at Jacksonville University. Simmons will lead local outreach and education efforts throughout Northeast Florida. “Connected is far more than just a series of lectures. It is an open invitation to explore and engage with our beautiful St. Johns River with the goal of inspiring all members of our community to value and protect it.”

To kick off the Connected initiative and establish a baseline for measuring success, Jacksonville University’s public opinion research and polling expert, Dr. Raymond Oldakowski, conducted a survey to assess current community awareness and opinion of the St. Johns River. Of nearly 470 randomly-selected individuals who were surveyed, nearly 80 percent placed a high value of importance on the river as an asset to Jacksonville. More than 99 percent of those surveyed said it is “somewhat” or “very” important for people in Jacksonville to learn about the river, while one in four respondents said they are “not at all knowledgeable” about what they can do to protect the health of the river.

Other important findings from the survey include:

“There are extremely encouraging takeaways from this survey: most people in Jacksonville place a high value on the importance of the river to our community and our economy, and many of us believe in a shared responsibility to protect it,” said Dr. Simmons. “We know nearly one in four people simply don’t know enough about what they can do as individuals to improve the health of the river, and with our partners at JAXPORT, we have an opportunity to educate them.”

A healthy river drives a healthy economy as well. Cargo activity through JAXPORT, one of the most vital seaports on the east coast, sustains 138,500 Florida jobs with an average salary of $70,000, well above the state average. JAXPORT also plays a significant national security role as one of the country’s 17 Strategic Seaports authorized to move military cargo for national defense, foreign humanitarian aid and disaster relief. It is the only port in Florida with this designation, which requires 24/7 on-call status for emergency response.