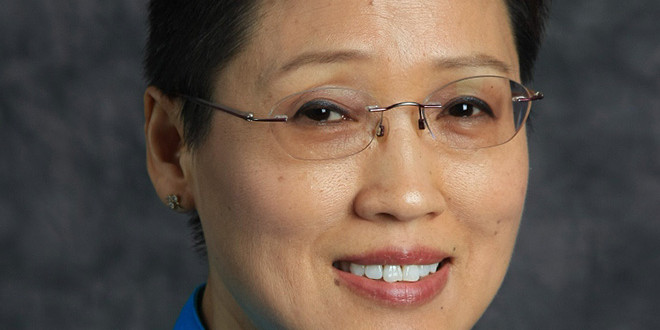 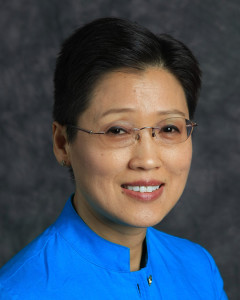 Jacksonville University announces Dr. Wenying Xu as its new Provost/Chief Academic Officer, welcoming a consensus builder renowned for her innovation and inclusion to lead its academic efforts as it takes advantage of unprecedented opportunities for growth and improvement.

“Without question we have selected one of the finest, most engaged and dedicated professionals in all of academia nationwide to help lead our great University,” said JU President Tim Cost. “She is known and admired not only for her extensive professional skills but for her passion, creative problem-solving, dedication to faculty development and commitment to shared governance.”

Cost said the rigorous national search for a Provost/Chief Academic Officer resulted in more than 100 nominations and applications received, with three finalists clearly emerging and Dr. Xu “proving herself to be the unanimous top choice, with her more than three decades’ experience in higher education and deep involvement in all aspects of academia.”

In her new role, which begins July 7, Dr. Xu will oversee curriculum and all academic programs at JU, which is moving forward at a fast pace toward greater academic excellence, an enhanced student learning experience, upgraded facilities and programs and expanded regional impact. Dr. Bill Crosby, who has overseen Jacksonville University’s academics during the past year as interim Chief Academic Officer, will actively transition with Dr. Xu in the coming weeks and months.

“I am humbled and excited to have been selected,” Dr. Xu said. “It is a great honor to join President Tim Cost and the JU community in their aspiration to make JU one of the best private universities in the South. Located in the beautiful city of Jacksonville and partnering with its thriving business community, JU promises to be a destination for students from all over the nation and world. I’m thrilled by the fantastic opportunity to contribute to JU’s advancement in academic excellence, community engagement and globalization.”

Chatham University has experienced the fastest-growing enrollment in the Pittsburgh region in the past decade, and is consistently ranked among the top master’s-level institutions in the Northeast by U.S. News & World Report and The Princeton Review.

At Chatham, which has about 2,300 students and more than 100 full-time faculty across three campuses, Dr. Xu oversaw the Chatham College for Women, the College for Graduate Studies, the College for Continuing and Professional Studies and the Falk School of Sustainability, which houses the Rachel Carson Institute. She had direct responsibility over 41 undergraduate, 21 masters, and four doctoral programs.

Prior to her role at Chatham, Dr. Xu was chair of English and interim associate dean of the Dorothy F. Schmidt College of Arts and Letters at Florida Atlantic University in Boca Raton, Fla.

Her many responsibilities and accomplishments at FAU and Chatham also include overseeing:

Dr. Xu also served as president of the Society for the Study of Multiethnic Literature of the United States for three years, and program chair and vice president of the society for four years prior. Its stated goal is “to expand the definition of new, more broadly conceived U.S. literature through the study and teaching of Latino, Native American, African American, Asian and Pacific American, and ethnically specific Euro-American literary works, their authors, and their cultural contexts.”

“Those who have worked with her say she is an inclusive leader, a mentor to many, brings cohesion to faculty, is a consensus builder and is deeply humane, brilliant and productive. She is an intellectual with a gift for leading,” he said. “Wenying impressed the search committee with her cultural awareness, passion, insight, ability to focus in on problems and visionary capabilities. She holds the ideals and values of academics in the highest regard, and sees that what we do here is very much a human endeavor.”

Previously, she was associate professor of English at Truman State University in Kirksville, Mo., and was a visiting professor at the American Studies Center at Sichuan University in China. In 2002, she became a Fulbright Lecturer at Xiamen University in China.
She has authored “Historical Dictionary of Asian American Literature and Theater” (Scarecrow Press, 2012); “Eating Identities: Reading Food in Asian American Literature” (University of Hawaii Press, 2008) and “Ethics and Aesthetics of Freedom in American and Chinese Realism” (The Edwin Mellen Press, 2003), in addition to many articles in international and national journals and several chapters in publications.

Dr. Xu is married to Henry Ruf, Ph.D., a retired professor of philosophy; they have one adult son, Alan.