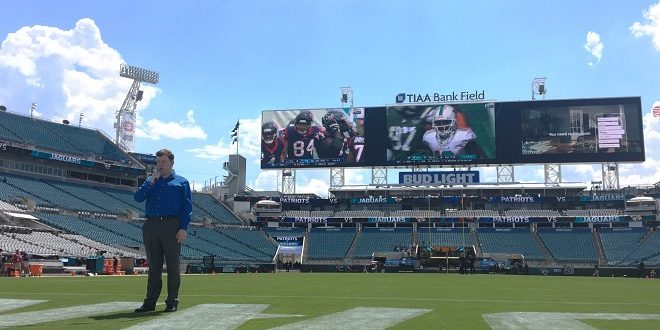 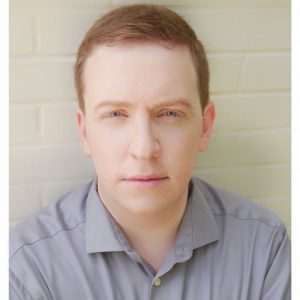 Alexander “Alec” Hadden graduated from Jacksonville University (JU) in 2014, with his BFA in Musical Theatre. On Sept. 16, he wowed a packed stadium where more than 68,500 fans anticipated the Jacksonville Jaguars facing off with the New England Patriots in a highly-anticipated rematch.

“I’m very honored to sing the national anthem, especially for a big game like this, but at the end of the day, it’s not about me or even the performance. It’s about honoring what our national anthem represents, to be thankful for the freedoms we have in this country.”

This marked the 26-year old’s fourth invitation from the Jaguars.

He says that he owes that first opportunity to President Tim Cost. After requesting that Hadden sing the national anthem for the Spring 2014 Commencement, a video of the ceremony was seen by a Jags representative. Someone got in contact with him and asked if he would be interested in singing for a game.

“What I didn’t realize was that the game was the 20th anniversary celebration game against the Indianapolis Colts, and the first game to use the newly installed screens. Being on the big screens, with a military flyover, a 100-yard American flag, and fireworks was overwhelming. An incredible experience I will never forget.”

President Cost told staff last week that “when it comes to high profile moments in American culture these days, singing the national anthem at an NFL home opener featuring the Super Bowl champions is important. And when it comes to the performing arts and our outstanding College of Fine Arts, this is a big deal.”

Since graduation, Hadden has been busy with local theatre productions, serving as Executive and Artistic Director of the local acapella group JaxTreblemakers, and employment as a voice-over actor.

He’s the voice of Werewolf by Night, also known as Jack Russell, in the videogame “Marvel Avengers Academy.” This werewolf-turned-superhero fights supernatural villains for an agency most Marvel fans know as S.H.I.E.L.D. “I’m the first person in the character’s 40-plus year history to voice him in a videogame, and it was a great honor.”

The character battles not only against evil, but also with his own dark side. Hadden was already familiar with the nuance required for a tilt between light and dark, good and evil. “This is the Moment” from the musical “Jekyll and Hyde” is what he considers the most difficult song that he’s ever tackled. It was the opener of his Senior Showcase in 2014, in JU’s Terry Concert Hall where Hadden served as manager for three years.

While a musical theatre major in JU’s College of Fine Arts, Hadden participated in a total of nine productions: “The Apple Tree,” “Der Vampyr,” “Little Women,” “The Gondoliers,” “Thoroughly Modern Millie,” “Dracula,” “Grand Night for Singing,” “The Drowsy Chaperone,” and “Street Scene,” an American opera. “That was the most challenging role I’ve ever had. Frank Maurrant is an alcoholic, racist, and an abusive husband who murders his wife after seeing her in bed with another man. Vocally, it’s very challenging, and from an acting standpoint, it’s incredibly dark.” He played the role his junior year at JU. 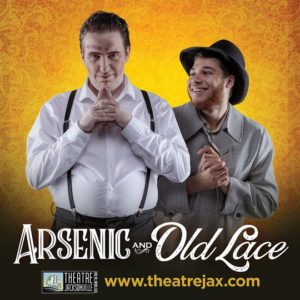 Hadden is a familiar face and voice on stages across northeast Florida, including Players By The Sea, Atlantic Beach Experimental Theatre (ABET), WJCT, Christ Episcopal Church, and Theatre Jacksonville, where he is currently playing the lead villain in “Arsenic and Old Lace.” Both JU faculty and leaders of the Jacksonville Children’s Chorus (JCC) speak fondly of Hadden, who sang with the chorus from 2002 to 2005.The Kinne Connection

One very important thing that Hadden shares with the JCC is a storied relationship with JU’s Chancellor Emeritas and past president, Dr. Frances Bartlett Kinne.

She helped create the JCC in 1995, at Jacksonville University. With the help of Dr. Jon O. Carlson of JU and Jim Taylor, who served as the first conductor, the chorus helped to fill a void in the city’s then-available music programming for children. Today, with more than 450 singers in five choirs, the JCC remembers its early days with fewer than 20 voices. Hadden became one of those student voices seven years after its establishment.

As a legacy student, Hadden was not the first to step onto JU’s campus. His father, Richard Hadden; his aunt, Nancy Holland; and his uncle, Mike Hadden, all graduated from JU.

For the young man who has been singing in church and performing his favorite Disney songs since age three, he says that JU is about being a  lifetime learner. It’s the motivation behind how he encourages current and prospective students.

“You may not realize it now, but there are lessons that you’ll learn, during your time at JU, that will make you not only a better performer/CEO/nurse, or whatever field you enter, but a better human being.”

As a Jacksonville native, Hadden realizes he will eventually leave his home city for New York or Los Angeles. And he has a bucket list that includes Javert in “Les Misérables,” Phantom in “The Phantom of the Opera,” The Russian in “Chess,” and Shrek in “Shrek the Musical.”

When asked about future Jags invitations, Hadden says that he’s hopeful and available. “I don’t really get the chance to meet players,” he says. “Unless you count last year’s Buccaneer’s game. After I finished singing, I was nearly run over by Calais Campbell as all the players stormed the field.”

Hadden is one JU alumnus who is never afraid to take the stage, even if he may literally break a leg doing it.