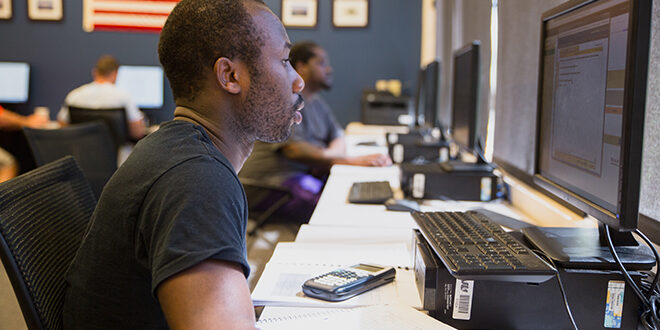 On Nov. 11, the United States will celebrate Veteran’s Day. Originally called Armistice Day, the holiday began in 1919, exactly one year after the armistice between Germany and the Allied Forces of World War I. The agreement called for an end to the fighting on the Western Front, a cease fire that was scheduled to go into effect at the 11th hour on the 11th day of the 11th month. Today, the federal holiday is still observed on Nov. 11, but while the date has stuck, the name has changed.

In 1954, Armistice Day became Veteran’s Day, and it now honors the sacrifices and contributions of all military veterans. It’s a day filled with parades, special events and all the trappings of a grateful nation. While COVID-19 has taken a bit of the spring out of its step, Veteran’s Day remains an extremely important celebration for those who have served this country.

“It means a lot to them,” said Mike Mitchell, director of the Jacksonville University Military and Veterans Resource Center. “It’s an honor for a veteran to be recognized. It makes them feel a sense of self-worth to be acknowledged and to feel well-loved, regardless of that what they encountered in the military.”

Mitchell should know. A veteran himself, he served in the Navy for 21 years before retiring as a chief petty officer in 2013. He came to JU that same year to finish his undergraduate degree in business management, and at the time, there were few resources for vets. That began to change in 2016 when Mitchell was hired by the University and asked to write a proposal about what he would do for the veteran population.

“I wrote about how I would give all veterans, dependents and spouses the red-carpet treatment,” Mitchell recalled, and he has done just that. Under his guidance, the University has strengthened its veterans center and the assistance it provides veteran students. The center, known as the Defenders’ Den, houses computers, printers and work spaces for veterans. There are also veteran students on-hand who can assist with classes and offer peer-to-peer mentorships. The number of resources now available to vets has helped Jacksonville University earn a No. 16 ranking on U.S. News & World Report’s list of best colleges for veteran’s among regional universities in the South.

Mitchell, himself, is one of those resources, connecting veterans with career opportunities, benefits information, housing and much more. “I have a slew of resources to ensure that our veterans are set up for success and to help them graduate with a job, already hired. I want them to get the support they need in every way here. Whatever they need I’m here for them, and I’ve got them from day one.”

Veteran student Felicia Parker couldn’t agree more. “When I think of the services Mike and the veterans center have provided, the word ‘help’ does not come to mind. Mike and the center ‘saved’ me from me.”

Parker explained that when she retired from the military, she moved from New York City to Jacksonville with her belongings in the back seat of her Hyundai Elantra, but Mitchell and the veterans center were there for her. “Mike and the veterans center have and will continue to guide me in the direction that is needed to be successful as a non-traditional student at Jacksonville University.”

Veteran student Dorian Sullivan also considers Mitchell and the veterans center vital to his transition to JU. “He told me exactly what needed to be done, how I should do it, and how things would be transitioning back to civilian life,”  said Sullivan, who will be graduating this term with a degree in social science. “Without Mike, I probably wouldn’t have known what was available to me as far as benefits and other resources.”

The veterans center is especially important in 2020. With COVID keeping many students off-campus, Mitchell wants veterans to know that his door remains open, his mask at the ready. It’s an important message for a population that can often feel alone, one that speaks to JU’s commitment to its veteran students – not just on Veteran’s Day, but every day of the year.