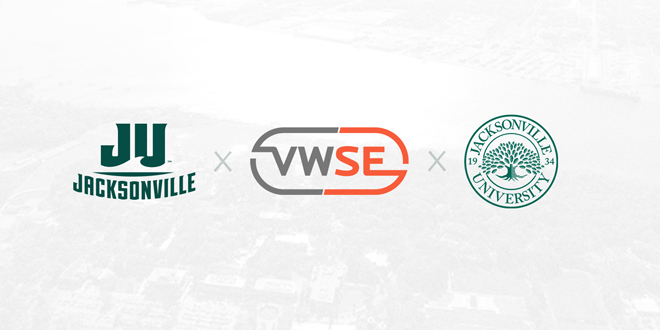 Van Wagner will work with JU leadership to explore opportunities that drive business relationships benefitting the University, its students and faculty, staff and the broader community.

“Van Wagner is one of the most respected names in college marketing and media services with extensive expertise and talent,” Jacksonville University President and Alumnus Tim Cost said. “This partnership will unlock new opportunities for Jacksonville University by not only identifying new revenue sources but also bringing new, in-demand amenities to campus that enhance the student experience.”

As a highly competitive private institution in one of the fastest growing cities in the U.S., JU has built an expansive network of industry and community partnerships that strengthen its academic offerings and its unique culture. JU has earned a reputation for being agile and bold – a place where progress is constantly accelerating and the future comes first.

Van Wagner also will represent Dolphin Athletics in negotiations for opportunities that elevate the national exposure of this competitive Division I program and highlight the talented student-athletes across its 20 sports. In addition to managing the program’s broadcast, digital and social media assets, Van Wagner will execute corporate partnerships around properties including facility signage, in-game promotions, corporate hospitality and campus-wide engagement.

“We are excited to partner with Van Wagner to take Jacksonville Athletics to the next level,” said Jacksonville University Senior Vice President and Athletic Director Alex Ricker-Gilbert. “Our exceptional student-athletes are seeing unprecedented success right now, earning national recognition and injecting new life into the Dolphin brand. The Van Wagner partnership will help us amplify and transform that success into additional resources and sustainable growth.”

Nearly one in four JU students compete in an intercollegiate sport and proudly serve as ambassadors for the school. Their drive to grow and excel is fueled, in part, by the rich history and legacy of talented athletes who proudly wore a Dolphin jersey. In its debut on the national stage, the 1969-70 JU men’s basketball team, led by 1971 National Player of the Year and future National Basketball Hall of Fame inductee Artis Gilmore, became one of the first Cinderella stories in NCAA Tournament history when it advanced to the National Championship game.