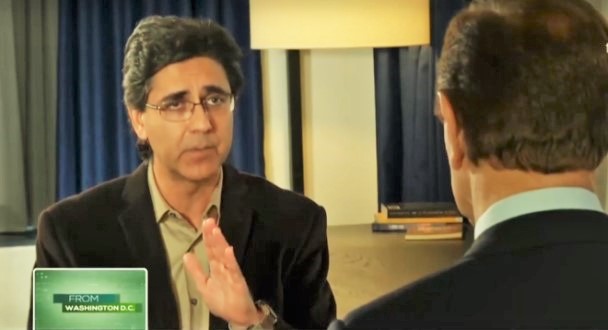 Jacksonville University Professor Jorge Majfud put quite a bit of himself into his novel El Mismo Fuego, which recently won The Independent International Literary Award.

Orrizonte Atlantico, the Italian literary agency that organized the competition, called Prof. Majfud’s novel “an existential autobiography based on the author’s experiences during the last military dictatorship in Uruguay.” Prof. Majfud considers the “self” essential to writing fiction.

“Real art is an exploration of the inner human world,” says Prof. Majfud, who is about to see his eighth novel published this year. “To understand the feelings of others we need to explore and understand our own feelings and emotions, normally contaminated with our own ideas, which are never purely our own but mostly came from a long human history. The same way a car is an extension of our body, art – fiction – is an extension of our ‘inner self’.”

In addition to writing fiction, Prof. Majfud, who has been teaching at Jacksonville University since 2010 and is Associate Professor of Spanish, Latin American Literature & International Studies, also writes academic papers, books and essays.

“When we write academic papers or books we try to be as objective as possible and put the ‘self’ aside. Not just in the sciences but even in the humanities this is a must but it is also a utopia, since even in science the researcher has their own world view, their own convictions and paradigm where they work from, and even their own aesthetic principles, as it was demonstrated with the Copernican revolution,” says Prof. Majfud, who has written and published seven novels and several books of short stories along with essays and academic works during the past 24 years.

In his next book, Silicona 5.0, Prof. Majfud explores technology and its effects on society.

“It is about love – or artificial love – in the artificial intelligence-coming world and how an identity thief is not just a criminal but, even more important, a part of a whole consumerist culture that makes humans into robots while making robots into humans,” Dr. Majfud says. “In the near future, people are going to marry robots and robots are going to understand people better than our most efficient psychologists (which, by the way, are not very numerous), which looks like a solution to many problems but my deepest intuition says that it will be a slow collective self-destruction. I fear our future solutions are not going to be better than our current problems.”

In addition to his writing career, Dr. Majfud will continue sharing his insights and opinions with his students in the Division of Humanities.

“We are not teachers but professors, and that means being radical in our questioning and analysis of the reality,” Dr. Majfud says. “Our first goal is not being politically correct but to push the boundaries of knowledge as much as we can, regardless of whether we are working with the right or the wrong hypothesis.”

“Science is radical or is not. Philosophy, humanities, art should be radical in their explorations or they are just repetitive, mechanical work or commercial stuff for sale.”