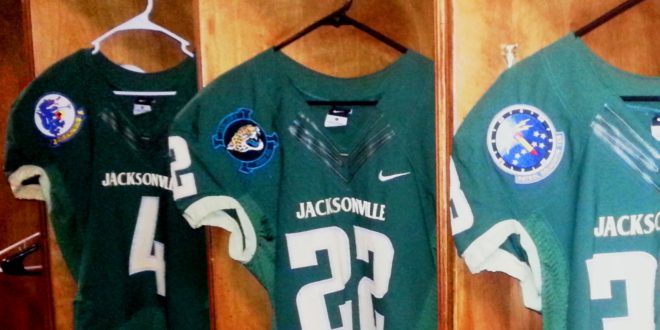 Continuing its commitment as one of the most military-friendly schools in America, Jacksonville University hosts its annual Military Appreciation Football Game at noon Saturday, Oct. 15, at Milne Field vs. defending Pioneer Football League champion Dayton.

The game is dedicated to the soldiers, marines, sailors, airmen, Coast Guardsmen and their families of the JU military community, and is free to all active-duty and retired service members with a valid military ID.

More than 300 high school students from area Junior ROTC units from throughout the region will tour campus, eat in the Riverview Cafe and then attend the game and march onto the field for the playing of the National Anthem, and local senior military leaders are expected to be on hand as well.

The Faculty and Staff Veteran of the Year for 2016 will be honored at halftime, with the family escorted by JU President Tim Cost and Senior Vice President for University Relations and Development, Brigadier General (retired) Mike Fleming. One individual will also receive the PepsiCo Military Spotlight during pregame ceremonies, and will be presented with four tickets to a Jacksonville Jaguars game. 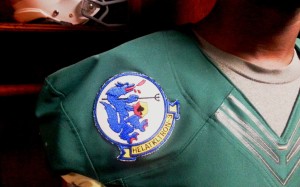 The opening ceremony of the game will include a pass-in-review, a longstanding military tradition that began as a way for a newly assigned commander to inspect his troops.

The Commander of Troops for the ceremony is Cadet Commander Julia Bruemmer, the 2016 Navy League’s Legion of Valor Recipient, who represents Lee High School Navy JROTC.

“Our intent for the event is to provide exposure for all of the NJROTC students to the University environment, give them an idea of what day-to-day life is like for a Midshipman at an NROTC unit at a college or university, and to give thanks and show appreciation to the active-duty military and veterans in the region by honoring them with a pass-in-review ceremony,” said Lt. Richard Hall, Naval Science Instructor with the JU NROTC. “It also provides an opportunity for a college campus visit that some students may not otherwise be planning to pursue, and helps them understand what opportunities lie ahead for them after high school, whether they plan to join the Navy or not.”

JU is one of America’s most military-friendly schools, with student veterans making up more than 10 percent of its 4,000-plus enrollment. Its Defenders’ Den provides a centrally located study and lounge center for student veterans, and its Student Veterans of America chapter has been named a “National Chapter of the Month” by the SVA. JU provides a tutoring center, counseling center and scholarships to its veterans, and it is the first higher education institution in the U.S. to partner with the Children of Fallen Patriots Foundation to award scholarships to family members of deceased veterans. In addition, more than $5 million in VA benefits are paid annually to JU student veterans, and JU is a 100% Yellow Ribbon Match School. Its more than 40-year-old Naval NROTC Unit was the first chartered in Florida and has commissioned more than 1,500 Navy Ensigns and Marine Corps Second Lieutenants.