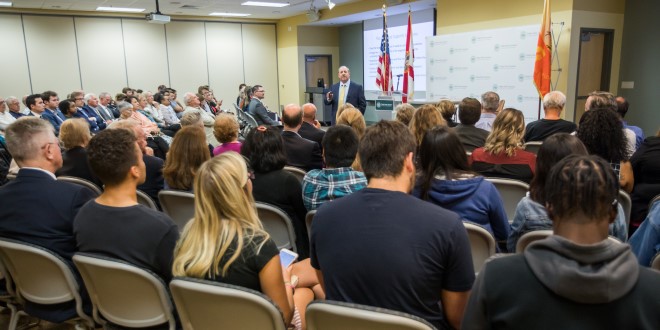 Economist Dr. Kwan S. Kim will compare the geopolitical rivalry between China and the United States to the classic games of chess and Go at the Seventh Annual Hesburgh Lecture at Jacksonville University on Thursday, Nov. 7.

The lecture, which is free and open to the public, begins at 7 p.m. in Terry Concert Hall. The University’s Public Policy Institute hosts the event in partnership with the Notre Dame Club of Greater Jacksonville.

During his lecture, Dr. Kwan will discuss how chess and Go differ and apply to the current geopolitical maneuvering between Washington and Beijing.

Chess is a game of intellectual pursuit that almost exclusively uses the left, or analytical, portion of the brain. The US plays chess, according to Dr. Kwan. The Chinese play Go, he says, a more complex and strategically intricate game that uses the left and right (or intuitive) portions of the brain equally.

“In the US versus China fight, chess is winning over Go,” Dr. Kwan says.

Dr. Kim is a professor emeritus of economics, a fellow of the Kellogg Institute and Liu Institute for Asian Studies, and an international development economist.

He spent four years in Kenya and Tanzania as a Rockefeller Scholar and has spent time as an academic and economic consultant in Mexico, China, Korea, Japan, Singapore and Austria. He also worked as an economist for the US Agency for International Development.

Dr. Kim has published 14 books and over 60 articles in professional journals and book chapters in the areas of development economics, international economics, economic integration, global poverty, and country studies.

The Hesburgh Lectures feature experts from Notre Dame University who speak on areas of public policy, most commonly the economy, climate change and energy.

The series is named after the late former Notre Dame President Father Theodore Hesburgh and modeled on his 30-year legacy of life-long learning. Since 1986, tenured Notre Dame faculty have conducted the lectures to further the mission of the Notre Dame Alumni Association to provide meaningful continuing education opportunities by showcasing the depth and breadth of Notre Dame’s academic expertise in research and teaching.