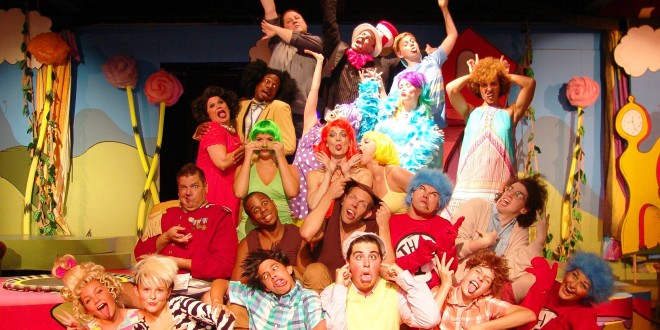 You may know him best as the comic genius behind Lord Farquad in last summer’s “Shrek the Musical” at the Alhambra Theatre & Dining in Jacksonville.

Some were lucky enough to see him in his brilliant one-man show that he wrote and performed commemorating the aftermath of the September 11 attacks.

Now he’s calling upon every facet of his theater skills for his next assignment: Directing “Seussical the Musical” at the Alhambra, which opens June 24 and runs through Aug. 2.

When JU adjunct Acting Prof. Jason Nettle was asked to direct his first musical, he was intrigued by the creative process, and he says he is enjoying the heightened responsibility. Directing a production that represents the books and characters of Dr. Seuss is, of course, no small challenge, and bringing this huge show to the Alhambra’s relatively small stage is a big task. 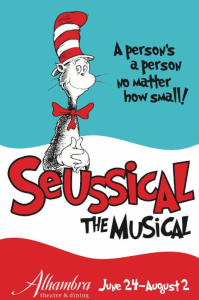 But Nettle is undaunted and excited about the opportunity, and feels as though the show is coming together thanks to its very talented creative team, amazing cast, incredible music and great “book.” He describes Seussical the Musical as being kind of a non-linear show that is very much broken into bursts of scenes of which we are all familiar.

“We get to create a world based entirely on imagination” said Nettle. “It’s a challenging yet amazing process where I get to rely on the talent and creativity of the actors, the set and costume designers and the choreographer and the music director to use their creativity. This is all done in the spirit of Dr. Seuss, who is a genius in getting the audience to use its imagination. So if there is one thing I would say this show is about, is exactly that: bringing Dr. Seuss’ books to life using our imagination and the imagination of the audience.”

There is as much for adults in this show as for kids. 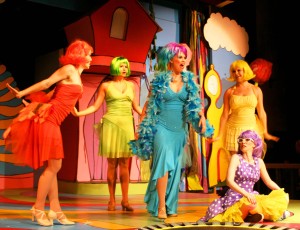 “Like any movie these days ‘made for kids,’ this show has as much to keep adults entertained as it does their children” said Nettle. “What will excite the adults is the talent, the dancing and singing and the music is phenomenal. But what we really take on here is the concept that people need imagination to succeed. Whether it’s in business or School.”

Nettle also challenges his JU students to use their imaginations. They rave about his teaching skills and love the fact that he turns almost everything into comedy. Nettle will be teaching an introduction to acting course this fall.

While Nettle has been stage-managing and assisting Tod Booth in the Alhambra director’s chair for three years, being in the hot seat has provided him a great education.

“I am accountable for every single thing. Things like props and people and music tracks don’t just show up. I have to take responsibility for them. I think the biggest thing for me was casting. I hoped every single person that came through the door would be brilliant. I wanted hard decisions, and I realized that the brilliant ones are few and far between. We got them, but it wasn’t as easy to find them as I expected it to be.”

To learn more about Seussical the Musical and to purchase tickets, click here.