Home » All Sections » For one student, a quest to help save a culture’s music leads to an internship in Africa 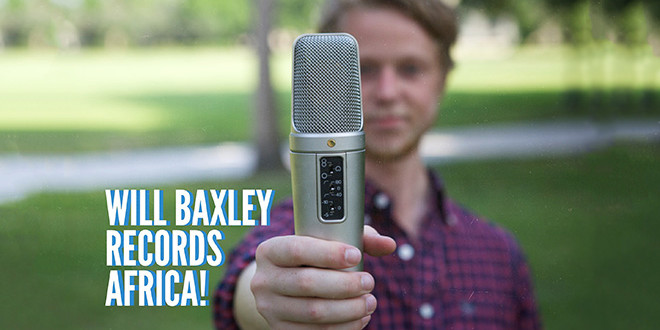 JU senior Will Baxley titled his internship project "Will Baxley Records Africa!" and came up with creative ways to raise awareness and funds for his eight-week trip.

For one student, a quest to help save a culture’s music leads to an internship in Africa

Senior Will Baxley has built a passion for world music while at Jacksonville University. Now, with encouragement from faculty and some at the top levels of the University, he’s cultivating his interest with a unique eight-week ethnomusicology internship, during which he’ll record songs of indigenous peoples in Africa.

Pretty heady stuff. But before he could make the trip, Baxley had to raise the $6,000 he needed for air travel, supplies, food, lodging, vaccinations and more. So the 21-year-old got busy – and creative. He produced a promotional video and came up with a title for his quest: “Will Baxley Records Africa!” Listing the project in late May at the crowd-funding site gofundme.com, he devised different “reward levels” with accompanying gifts in return for donations – everything from personalized selfies taken on his trip to in-person presentations of his recordings to original music compositions in the style of the traditions he’s studying.

Fast-forward a few weeks: Baxley had a visa, a finalized trip schedule and nearly all the money he needed.

A double major in JU’s Division of Music who’s putting both his music composition/theory and commercial music studies to use for this project, Baxley was also the 2013-14 JU Student Alliance president and is a well-known face and popular personality across campus. He spoke with The Wave just before departing on his journey:

What inspired you to travel to Africa?

I was recording some music last summer, and after I packed up my equipment one day and loaded it into my messenger bag, I realized I could take it anywhere and make professional-quality recordings because of my training at JU. I’ve always wanted to travel, so I started looking at research programs. I’m very interested in ethnomusicology, in which you document different music cultures, usually through audio or video recordings. However, I couldn’t find a position designed for undergraduate students in the field, so I created my own.

Tell us about the organization you’ve linked up with for your internship. 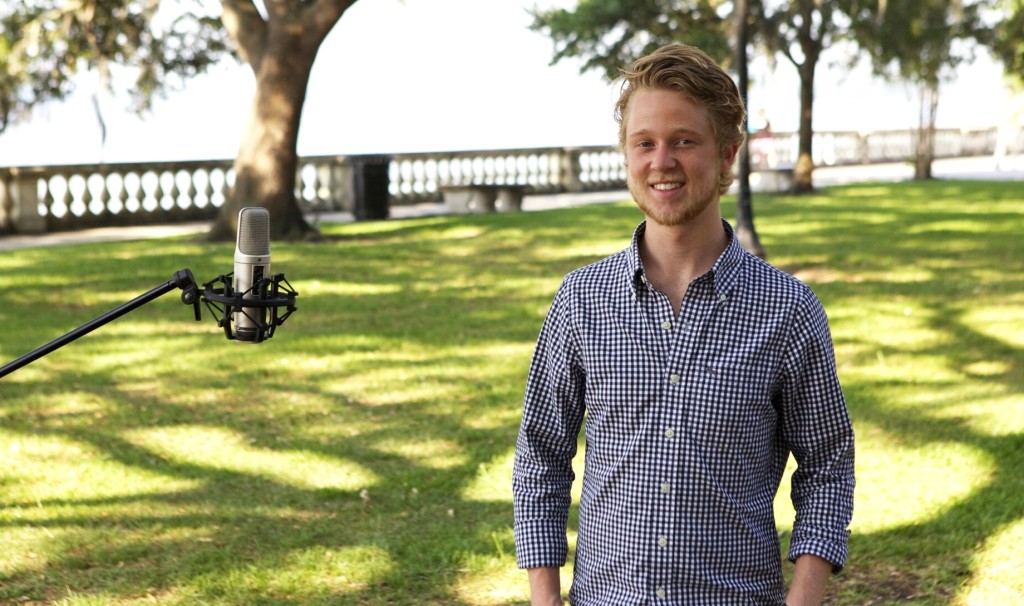 It’s the International Library of African Music, at Rhodes University in South Africa. It’s an authority in ethnomusicology (its Web site bills it as “the greatest repository of African music in the world).” I emailed Director Diane Thram asking about upcoming projects and my desire to do fieldwork, and she emailed me back within three days. Dr. Thram is a professor of ethnomusicology at Rhodes, and we’ve been working together the past year to design the internship. I’m traveling as her personal assistant.

I’ll fly in to East London, South Africa, to meet Prof. Thram for the International Council for Traditional Music (ICTM) Ethnomusicology Symposium, which features experts from around the world. Then we’ll attend the South Africa National Arts Festival in Grahamstown, an event filled with traditional music performers. From there, we fly to Dar es Salaam, Tanzania, for the Wagogo Music Festival and a symposium on the island of Zanzibar. Then I go into the field for the last major leg of the trip, in and around Nairobi, Kenya.

What exactly will you be doing there?

We’ll have a guide and will repatriate existing traditional music recordings. With repatriation, you are redoing existing recordings with better equipment. These are live performances from this culture, of their traditional music. It’s a pilot project, and the recordings and logs will be used to pitch a similar project on a larger scale across the entire continent to major philanthropic organizations. A lot of repatriation work needs to be done all over Africa, and this initial trip is designed to solidify the method and results to be expected. And I’ve been invited to be a part of this cutting-edge work!

What role has JU played in your internship?

They are a huge part of making this possible. For one, some of my professors in the music program have instilled a passion in me for world music. Prof. Tony Steve, our percussion coordinator who specializes in World and American Music, has been extremely encouraging, and given me excellent readings in preparation. Many professors, Trustees and President Cost have taken a personal interest in this, and I’ve gotten moral and financial support from them as well. There are some very generous people in the JU community, and they really care about the students’ success. JU has fueled my passions and been a great environment.

For more about Will Baxley’s trip, including a video, visit http://www.gofundme.com/9gtxw0.