Home » All Sections » ‘Flexing our considerable muscle’: JU gives Arlington its all with its most impressive Charter Day of Service to date 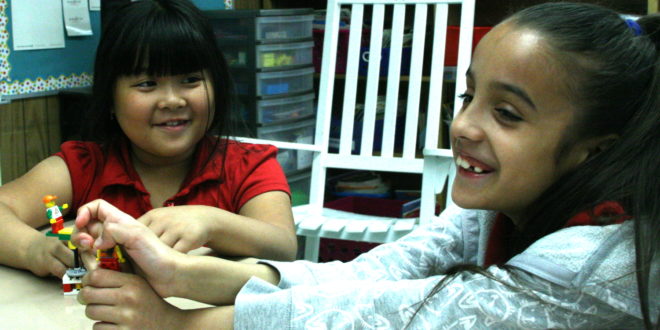 ‘Flexing our considerable muscle’: JU gives Arlington its all with its most impressive Charter Day of Service to date

On “the most important, exhilarating and vibrant single day of community service in its history,” as JU President Tim Cost put it, the diverse family that is Jacksonville University put the surrounding Arlington area in its embrace as never before Friday, April 7.

Hundreds of accepted and current students, faculty, staff, alumni and friends fanned out across the area and gave of themselves in dozens of Charter Day of Service (#JUgives) projects.

Charter Day of Service puts an exclamation mark on all of it.

“To see the JU community out there, working and helping and sweating, and to see the emotional reaction of the recipients of our service … we should be flexing our considerable muscle, whether academic, athletic, or cultural, out helping in the area,” said Cost, who visited eight volunteer sites Friday morning.

“We are getting very close to exactly the role we should be playing on a certain day like this. It sets a tone for a culture of humility and service and excellence. It’s time to take our rightful place in this region as a premier university, not just in the classroom or on the field, but in the community. I’m proud of it.”

Accepted students Myasia Reyes of Sarasota and Sophie Kammerer of Corsicana, Texas, were out in the chilly morning helping set the tone at the front of campus, toting and sorting food from Feeding Northeast Florida for those in need – including 81-year-old Bertha, riding in an automated wheelchair, who chatted amiably with passersby and said she greatly appreciated the food distribution.

“This really shows how JU cares for its community members in the surrounding area, and it’s also a wonderful way for prospective students to get together and build relationships while working for a greater good,” said Kammerer, a National Merit Scholar who plans to study business and is leaning strongly toward JU because of its small size and community feel.

Those were similar attractions for Reyes, in addition to the caring faculty she’s met in her two trips to the campus.

“Today the University is really helping, and it’s very sweet and very humbling to see. This community is such a caring one,” she said.

Brigadier General (ret) Mike Fleming, Senior Vice President for University Relations and Development, said more than 600 accepted students and their families were on campus during the week, and about a thousand members of the JU community overall took part in Charter Day of Service.

The University’s unique Center of Community Engagement, including its Community Relations Coordinator Clayton Levins, is specifically working to harness JU’s power in more and more focused volunteer projects each year, in order to throttle the impact as high as possible, both for JU students and community beneficiaries.

“It’s very meaningful both for the recipients of our work, and probably more so for the people actually volunteering,” Fleming said. “We want to make this part of our DNA, and in particular to expose our accepted students to the idea that at JU we put service before self.”

Renaissance Jax founder Mark McCombs was impressed with the attitudes JU Engineering students and faculty like Assistant Professor of Mechanical Engineering Dr. Emre Selvi brought with them to Fort Caroline Elementary, as they helped guide second-graders in how to construct a working LEGO merry-go-round.

“These kids are learning STEM (Science, Technology, Engineering and Mathematics) concepts like gear ratios and how to follow building instructions, along with how to work as a team,” McCombs said. “Along the way, seeds are being planted from JU into the Arlington community, and hopefully these kids will grow up to see JU as a great place to go because its students are so awesome to come out here and help them.”

At the North Florida School of Special Education, celebrating its 25th year in Arlington, JU students and staff helped young people with intellectual disabilities as they prepared for the school’s upcoming Country Fair Jamboree, and also assisted them in creating spice packets for resale and in cleaning up around the facility’s greenhouse and garden areas.

NFSSE has built a strong alliance with JU in the past couple of years, with JU students spending many hours volunteering in NFSSE’s physical education programs, said Debra Rains, assistant head of schools. The “reverse inclusion” that occurs – in which JU students are exposed to individuals with disabilities, and the younger students get to see what fabulous role models JU students are – is critically important, she noted.

“These [JU students] are the business owners and leaders of tomorrow, and educating them about the skills of our students opens up opportunities for jobs for them. They make connections, and the JU students see them as having abilities instead of disabilities.”

Freshman business major Charvez Dixon, out pulling weeds with NFSSE students, was finding himself  galvanized in ways he hadn’t imagined when he signed up for Charter Day of Service.

“To me it’s been a motivator – you see the problems these students face every day, and how they handle it, and it kind of inspires you to do better yourself, because you see someone else in a harder position than you are in, and they are handling it and maybe even doing it better than you probably could.”

“I can see today that for JU, it’s all about community. We don’t restrict ourselves to the JU campus. We are in the surrounding area, we are in the state … we are everywhere.”