Home » All Sections » FIT LIFE: Can you become addicted to tanning? 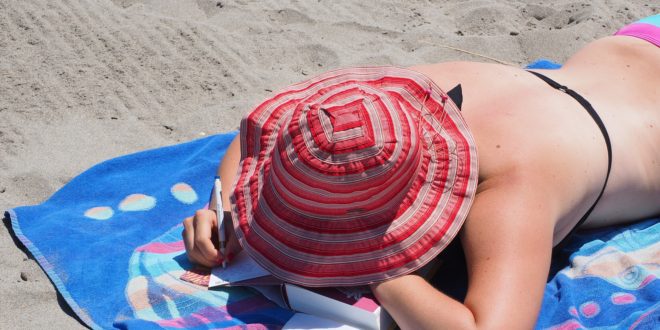 FIT LIFE: Can you become addicted to tanning?

I have vivid memories of skipping high school on sunny days in June (don’t’ tell my mom) to tan with coconut baby oil on the roof of my best friend’s house. Why? Because the roof was black and would attract the sun’s rays, the baby oil would help us get a tan quicker, and it was hotter because we were closer to the sun. All logical reasons — at least for teenagers.

Despite the well-publicized risks of skin damage and cancer from too much sun, people continue to soak up ultraviolet radiation outdoors and in tanning salons. In fact, University of California researchers reported that 35 percent of American adults and 55 percent of university students have tried indoor tanning.

Common reasons why people state they tan are to look more attractive and “healthier” – but could they be addicted?

The idea that ultraviolet (UV) light can be addictive — whether from the sun or a tanning bed — is fairly new. However, recent research offers biological evidence that some people develop an addiction to UV radiation, just like some become dependent on drugs. According to a study published in the journal Addiction Biology, people who frequently use tanning beds had changes in brain activity during their tanning sessions that mimic the patterns of drug addiction. The researchers found that several parts of the brain that play a role in addiction were activated when the subjects were exposed to UV rays. These findings may help explain why some people continue to tan despite awareness about risks such as skin cancer and premature aging.

Tanning addiction is not classified as a disorder because more research is needed. In the meantime, remember to use sunscreen when exposed to UV rays. And as with anything — moderation is the key.

Can I get too much sleep?

Harvard’s Nurses’ Health Study found that people who slept nine to 11 hours a night developed memory problems and were more likely to develop heart disease than people who slept a solid eight. Other studies have linked oversleep to a host of medical problems including diabetes, depression, obesity and even early death. About 4 percent of the population oversleeps, with people most at risk being those who work odd hours, have an uncomfortable sleep situation or have a sleeping disorder.