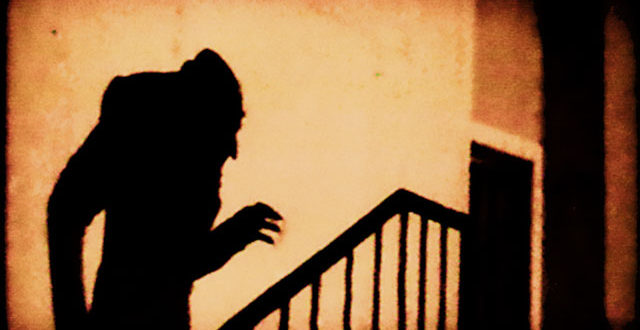 The classic “Nosferatu” set to amped-up electro-acoustic music performed by the JU Percussion Ensemble is the final ghastly installment of “Hearing What Wasn’t Said: The Music of Silent Film,” a three-part project by Assistant Music Professor Tony Steve to showcase silent classics with new scores. 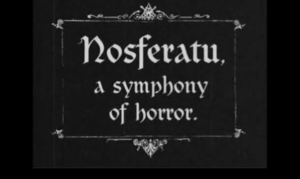 Audience members will thrill to the movie just in time for the season of ghouls, with free premiere showings at 5:30 p.m. and 7:30 p.m. Wednesday, Oct. 5, at MOCA Jacksonville, and a follow-up performance at 7:30 p.m. the night before Halloween, Oct. 30, in the newly remodeled Terry Concert Hall. Each screening is followed by a brief audience Q&A with Steve.

The College of Fine Arts Division of Music project benefits from a $10,000 grant by the Cultural Council of Greater Jacksonville funded by Florida Blue.

Steve is one of a few composers keeping alive the art of scoring silent films, and the synchronized live music and sound effects are being performed first at the monthly First Wednesday Downtown Art Walk in the “SPARK District,” a Cultural Council initiative to grow the economic vitality of downtown Jacksonville.

(Watch a short video about the project here, and a teaser video below.)

This is JU’s first award from the Cultural Council’s highly competitive grant program, which in 2016 is using $70,000 of funds raised from the recent Arts Awards Gala including a sponsorship by Florida Blue. Projects were sought from nonprofit organizations and individual artists from the five-county First Coast area to ignite the walkable urban district with arts and culture.

For more on the Cultural Council’s SPARK grants, click here.