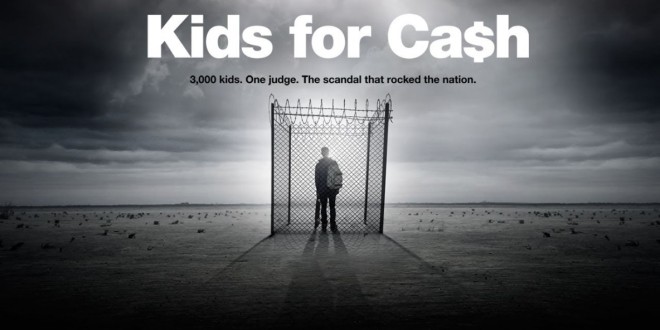 It’s been called one of most notorious judicial scandals to rock the nation, and the documentary film about it is being hailed as “a must-see for anyone who has a kid, loves a kid or was a kid.”

A New York Times Critics Pick, “Kids For Cash” (kidsforcashthemovie.com, #KIDSFORCASH) is a riveting look at the millions paid and the high stakes corruption involved in a shocking American secret.

Watch the trailer below:

The movie will be followed by a panel discussion including Marsha Levick, co-founder, Deputy Director and Chief Counsel of Juvenile Law Center, along with representatives from the Annie Casey Foundation, the State Attorney’s Office and the Public Defender’s Office and other local experts, said Samantha Sellars, president of the JU Sociology Club.

“In the wake of the shootings at Columbine, a small town celebrates a charismatic judge who is hell-bent on keeping kids in line… until one parent dares to question the motives behind his brand of justice,” the filmmakers say. “This real-life thriller reveals the untold stories of the masterminds at the center of the scandal and the chilling aftermath of lives destroyed in the process — a stunning emotional roller coaster.”