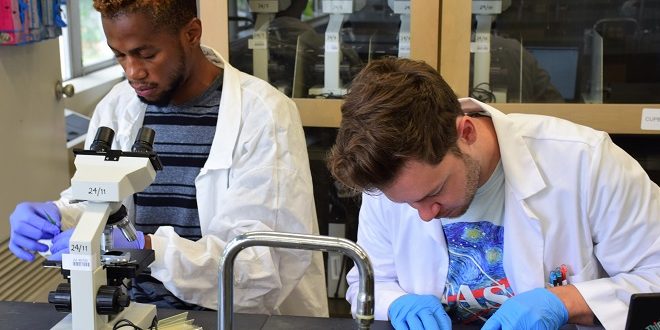 On June 21, The Eppley Foundation for Research awarded Jacksonville University (JU) Assistant Professor of Physics Dr. Ramesh Adhikari $24,850 in grant funding to conduct and oversee undergraduate research on the development of plant-based electronics.

The Foundation was established by physical chemist Capt. Marion Eppley in 1947.

Dr. Adhikari says, “Current growth in production and consumption of electronic goods in the world is unprecedented, and not showing any sign of slowing down.” As a result, he says, a record amount of electronic waste, or e-waste, is generated around the globe each year. More than 44 million metric tons of e-waste was generated across our planet in 2016, according to the United Nations (UN), with the U.S. producing more e-waste than any other nation.

“The Eppley Foundation for Research was incorporated in 1947 for the purpose of increasing knowledge in pure or applied science in chemistry, physics, and biology through study, research, and publication.”

A member of JU’s College of Arts and Sciences faculty, Adhikari explains that the majority of these electronic components are dumped into the environment which causes eventual pollution of soil and water sources. He says, “A fraction of these electronic components is shipped to facilities in some developing countries where people work in substandard conditions to meticulously separate inorganic metals while getting exposed to toxic chemicals.”

Through his research, which involves undergraduate students, he hopes to find new and innovative ways to address e-waste, primarily through the development of biodegradable electronics.

“Think about it, there are a lot of electronics in today’s market that are used for only a short time, like cell phones or children’s toys. Using biodegradable electronic parts to manufacture these items could significantly impact e-waste both here and around our world.”

Adhikari and his team of student researchers intend to experiment with using plants parts, like stems and leaves, to develop electronic components, specifically by introducing conducting polymers  into networks of xylem conduits inside plants resulting in creation of conducting networks within plant parts. The grant from The Eppley Foundation will facilitate the characterization of these conducting networks and electronic components to be developed based on these networks.

Dr. Adhikari, also Jacksonville University’s Faculty-In-Residence, joined the Physics department in August 2016, and continues to be a champion for undergraduate research. Born and raised in Nepal, he moved to the United States to first pursue his undergraduate degree from Berea College. He then completed a Ph.D. in Physics from University of Massachusetts Amherst where he researched on conducting bacterial nanowires. 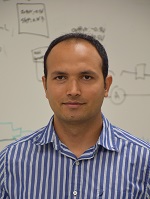 His current research interest is in bioelectronics, specifically in developing biodegradable and biocompatible electronic components in collaboration with students and colleagues – Dr. Huihui Wang in the Engineering Department and Dr. Joseph Cradlebaugh in Chemistry Department. He also implements research-based active-learning pedagogies in his classroom and collaborates with colleagues for physics education research.

Email Dr. Adhikari at radhikari@ju.edu for more details about his research or Jacksonville University’s Physics Department. For further information about grants or to learn about funding opportunities, please contact the Office of Research and Sponsored Programs.