Home » Topics » Academics » Election stress: It’s real and you might have it 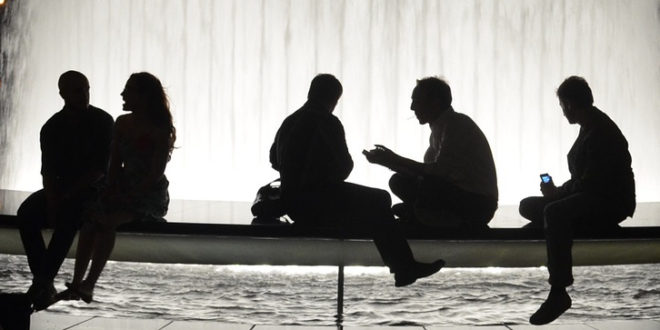 Election stress: It’s real and you might have it

The upcoming general election has rankled voters of all parties (independents included) to such an extent that a variety of surveys are indicating election stress is on a significant upward incline.

He said this, she did that. You know the dance.

For example, a recent survey by the American Psychological Association showed up to 52 percent of several thousand respondents reporting stress over the election.

That 52 percent may include you and with so many platforms, from social media to the nightly news, following the adventures of Hillary and Donald so closely, you probably aren’t going to escape hearing about it.

“I think people are very stressed about this election and maybe more so than they have been in previous elections,’’ Dr. Whitney George, Assistant Professor of Clinical Mental Health Counseling, said. “There is some concern in this election that hasn’t been there in the past and that translates to stress.’’ 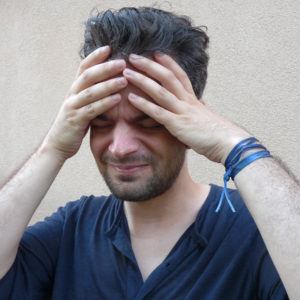 “How polarized the candidates are this year, where the economy is, the state of foreign affairs and a lot of the fear that’s driving this “my candidate must win’’ adds to those layers of every day stress,’’ he said. “We’re seeing these manifestations of stress for individuals with social media threads or even conversations in the work place. I agree with the APA article. We live in a society that is so fast paced with technology; with 24/7 news and media at your fingertips, but then add Twitter and Facebook to the arena. Every day, I  scan through my Facebook to pay attention to the things I want to see versus the long rants and raves from certain individuals and their use of Facebook as a medium to promote their political agenda. Upon reflective observation of these political threads of friends on Facebook, I have witnessed how toxic, threatening and volatile conversations are in this election.’’

“Social media certainly has something to do with it, but the media in general impacts the way we’re viewing this election,’’ Professor George said. “You can’t turn on the TV to escape it. Every commercial is touching on it. Saturday Night Live had skits about it; it’s everywhere and there is no outlet right now where people can get away from it.’’

Both professors believe an individual’s positive history in dealing with stressors more than likely is how to best deal with any angst the candidates might be leaving behind.

“People’s history in coping with previous stressors certainly impacts the way they will handle current stress,’’ Dr. George said. “If they have a negative history in an area that is a hot topic in this election, it certainly would impact the way they’re able to cope with that stress. If they have coped with that stress effectively in the past, that would influence their ability to use those same positive strategies with the current stressor.’’

On the other side, people who have had mental health issues previously may find the going a bit tougher.

“Individuals with mental health issue, especially those who have not been able to handle stress that well in the past, may find the volatility and attacking of both candidates in this election, in addition to social media threads, an experience that triggers of stress and/or trauma due to the context of the issues,’’ Professor Orrock said. “Their inability to unpack or manage it coupled with the media’s persistence to sensationalize the issues, creates heightened levels of distress for the individual. Another, aspect of this election is both sides are operating from a fear platform. Fear is an emotion that, when not managed, manifests higher levels of stress both cognitively and physiologically. When individuals are unable to effectively manage that stress with respect to this election, an individual may become emotionally ignited over their personal or party values and beliefs which then bleeds into other systems like the work place, social networks and family which can impact their interpersonal relationships.’’

Dr. George said creating new coping mechanisms is possible despite the turmoil and there are ways to avoid election stress altogether. Professor Orrock suggests limiting time on social media and with the 24/7 news cycle would be good ways to start.

“Stepping away from the election, putting down your smart phone and not paying so much attention to the election is a start. If Facebook is your outlet to decompress from a hectic day, mindfully find ways not to comment on a post that may charge you from your political stance,’’ he said. “Do your research, pick the candidate you like that aligns with your values and beliefs or if you decide to exercise your right not to vote make sure you are comfortable and confident in that decision and realize we do have three branches of government. We would hope that regardless if your candidate is not chosen that the other branches of government will do their due diligence to make sure our country will continue to run and improve for all citizens. The biggest piece is understanding what you’re in control of here. Simply put, your vote counts, and outside of that there aren’t a lot of things you can control in this election.’’

Other helpful ideas might include exercising each day, finding a place to re-center, going for a bike ride, a walk on the beach all could be good coping mechanisms.

“Our Student Counseling Center is a wonderful place to receive those services,’’ he said. “The relaxation room they offer there with Dr. (Kristin) Alberts is a great place to begin that process of managing things that may seem unmanageable.’’

“For any stressor, the first step is to be self-aware enough to acknowledge you are being impacted by something in your life,’’ Dr. George said. “Sometimes people are quick to think they are not being impacted by the election, but it is important to self-reflect on ways that it might be impacting you.’’

Also, therapy isn’t out of bounds.

“Therapists are aware of these issues; if the election is causing so much negative impact or stress in your life you can take it to a therapist,’’ she said. “There is no issue too big or too small to take to a therapist or receive counseling for. There’s no shame in getting counseling or therapy for any stressor. Counseling is one thing that you can always count on that will be neutral environment.’’