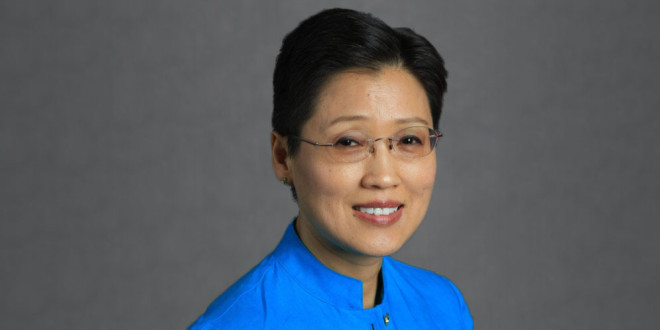 Dr. Wenying Xu has been named Jacksonville University’s new Provost/Chief Academic Officer, welcoming a consensus builder renowned for her innovation and inclusion to lead its academic efforts as it takes advantage of unprecedented opportunities for growth and improvement.

In her new role, which begins July 7, Dr. Xu will oversee curriculum and all academic programs at JU, which is moving forward at a fast pace toward greater academic excellence, an enhanced student learning experience, upgraded facilities and programs and expanded regional impact. Dr. Bill Crosby, who has overseen Jacksonville University’s academics during the past year as interim Chief Academic Officer, will actively transition with Dr. Xu in the coming weeks and months.

“I am humbled and excited to have been selected,” Dr. Xu said. “It is a great honor to join President Tim Cost and the JU community in their aspiration to make JU one of the best private universities in the South.

JU promises to be a destination for students from all over the nation and world. I’m thrilled by the fantastic opportunity to contribute to JU’s advancement in academic excellence, community engagement and globalization.”

“Those who have worked with her say she is an inclusive leader, a mentor to many, brings cohesion to faculty, is a consensus builder and is deeply humane, brilliant and productive. She is an intellectual with a gift for leading,” he said. “Wenying impressed the search committee with her cultural awareness, passion, insight, ability to focus in on problems and visionary capabilities. She holds the ideals and values of academics in the highest regard, and sees that what we do here is very much a human endeavor.”