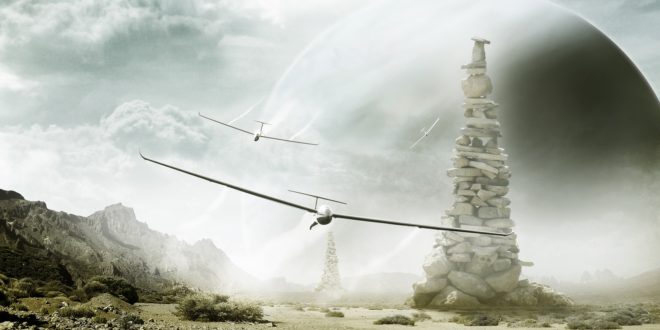 Dr. Emre Selvi shows almost manic enthusiasm at the prospect of colonizing another planet. At the Jacksonville University College of Arts and Sciences 7th annual Cross Disciplinary Panel Discussion, “The Final Frontier: Exploration and Colonization,” he explained that the technology needed to send humans to Mars is already available.

The trick is getting them there alive, he added.

An assistant professor of mechanical engineering, Selvi is just the sort of personality you might envision for someone capable of solving the complexities of interplanetary colonization. But he’s not capable. Not on his own, anyway.

This knowledge won’t help put human beings on Mars, but understanding its importance is key when discussing colonization. In the New World, in 1492, grasses in the Americas featured a straight, up-and-down structure, leaving them vulnerable to domesticated grazing animals. Old World grasses, on the other hand, had been evolving to counter that threat since the Neolithic age. St. Augustinegrass and Kentucky Bluegrass, which actually evolved in the Old World, creep horizontally along the ground, putting down roots as they spread. That way the whole plant is less likely to be uprooted by a snacking sheep.

Why does this matter at all? When it comes to a monumental undertaking like colonizing an extraterrestrial body, the scope is far too broad for any one specialty. It’s not enough to simply get to Mars, we must also consider the history of colonization and its ecological effects.

In other words, it’s big. It’s so big that should we ever encounter intelligent life, we won’t only be at odds over the existence of God or the nature of God, but over the very concept of a creator and what constitutes creation. As much trouble as we have here on Earth, the transition to becoming an interplanetary culture won’t be easy.

It may be necessary to draw on our own civilization’s experience with communication, understanding and conflict resolution, which would require our explorers to familiarize themselves with our own mythologies. Dr. Julie Brannon, professor of English, demonstrates this through an episode of Star Trek. When the Enterprise encounters a species with whom it is unable to communicate, Jean-Luc Picard must recall a story from Epic of Gilgamesh in order to form a common bond of understanding with a fellow warrior. As it turns out, the unintelligible language of the strange species consists entirely of allegory to past stories and cultural myths. The words may be translated, but without context there can be no understanding. What’s an English degree worth? You might find its value in a deep understanding of the human experience that can be applied toward conflict resolution in space, or right here on Earth.

Collaboration is more than a hashtag (#collaborateJU) at Jacksonville University, and diversity is about more than meeting a quota. Complex problems require people with diverse backgrounds, disparate interests and a wide range of expertise.

That’s why JU’s jobs-creating Florida EPIC (Entrepreneurism, Policy, Innovation and Commerce) Program has brought together students and faculty in numerous interdisciplinary projects, from aviation and marine science students to study oyster reefs, to student-athletes working with the kinesiology program for biomechanical assessment.

The College of Arts and Sciences, with programs ranging from mechanical engineering, history, sociology and English, is a shining example. Working together, Drs. Selvi, Buettinger, Rousseau and Brannon may well be grooming members of the first team of interplanetary explorers right here at Jacksonville University.