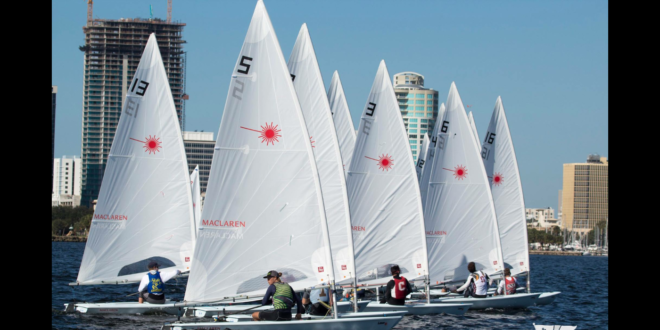 They’re the coolest and youngest team in collegiate sailing, and now they’re among the most elite.

The upstart Jacksonville University Varsity Sailing Team has cracked the Sailing World College Rankings for the first time, with its Co-ed Team coming in 20th out of 250 teams nationwide in the bi-weekly Coaches Poll, topping world-class programs such as Cornell, Old Dominion and the U.S. Coast Guard. 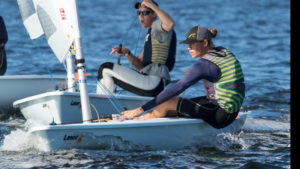 “The JU Sailing Team has made some amazing strides this fall season and is poised to prove it’s a national powerhouse this coming spring. This signals that we’re here to compete,” said Jon Faudree,   Head Sailing Coach and Waterfront Director. “The great thing is that we are real young. With a majority of the team members being freshmen and sophomores, we’re only going to get better as we get more experience.”

In four of its first five years, the Co-ed Team has earned a bid to the Inter-Collegiate Sailing Association National Championships – as it did again this past spring. The Women’s Team gained a spot in the ICSA Women’s National Championship in 2016 for the first time, and it did so again this year. Both teams had their best finishes ever, coming in 13th in their Semifinals brackets at the College of Charleston.

The Sailing World ranking comes on the heels of a terrific fall season, with highlights including:

The hard work of recruitment and marketing, combined with a run of successful performances, is causing the team’s ascendancy to quicken as momentum builds, Faudree noted.

Top sailing athletes from across the globe at the high school and even younger levels know about the Dolphins and are keeping up to date on the team through the power of social media. The current roster is made up of members hailing not only from Miami, Massachusetts and Missouri, but Mexico, Spain and Denmark. 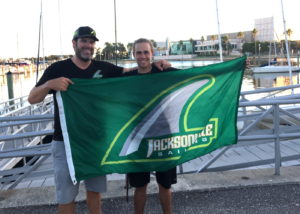 “These kids see how much the University is backing the sailing team, they see the freedom and autonomy we have, that we are a small school with a family atmosphere, and they are excited to come to a place where they can make an impact quickly, whereas elsewhere they may just be a small piece to a puzzle,” he said.

“Plus, we are the coolest team in college sailing. Our gear is sponsored by Musto, among the best sailing gear in the world. We are the only team that has that deal. And — we have a really cool logo.”

Up to 80-hour weeks coaching, recruiting, promoting and traveling tens of thousands of miles has paid off for Faudree and the team, which is the newest in collegiate sailing, having begun in 2012, but whose Instagram account has among the highest number of followers of all the teams.

In fact, it was Instagram that Faudree used to entice Scott Hansen ’21 of Juelsminde, Denmark, now a Kinesiology major, to try out for the team. He’d already been accepted by another Florida university, but Faudree knew Hansen was following JU on Instagram (@JUSailingTeam), looked at his successful high school record and reached out to him.

Hansen wound up going with JU.